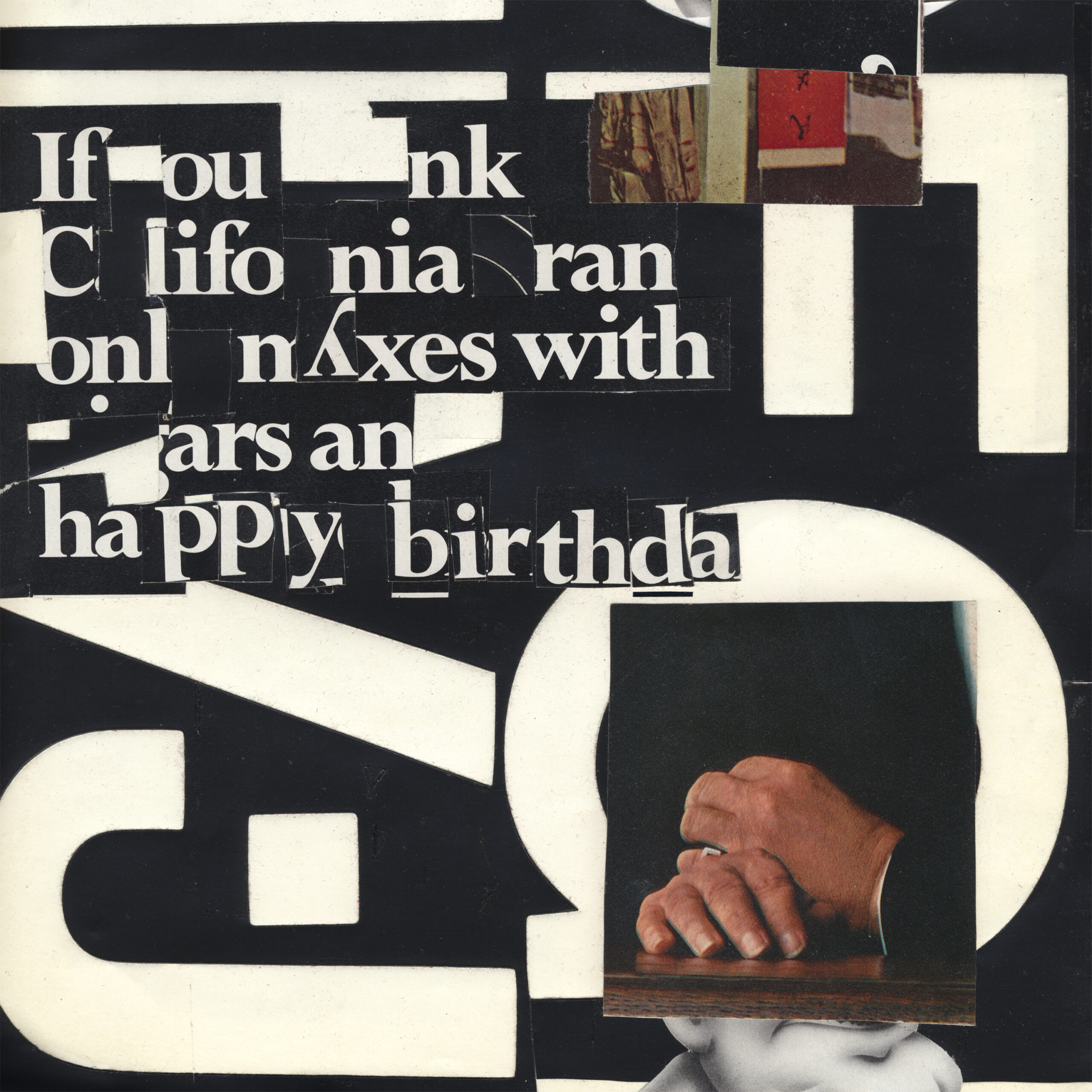 This October 1 (2021) was released the seventh record by New Yorker noisers Black Dice, which is titled with the extemporaneous and abstractist name “Mod Prog Sic“, for FourFour Records. Talking about the associated sounds, a sampling music is the main element of this plastic craftsmanship, where the dancefloor sonic corpus is decomposed in an original way, with an attitude that is minimal and surrealistic at the same time, between catchy grooves and lysergic and cosmic melodic lines. Black Dice take their origins from Providence springing in 1997, with Hisham Baroochaa, brothers Bjorn and Eric Copeland and Sebastian Blanck. At beginning, their context is linked with the Providence noise scene, indeed Baroocha was first Lighting Bolt vocalist and the semi-official photographer of Fort Thunder, the nerve centre of that local soundscape. Next year Black Dice moved to New York, where they met Aaron Warren, who took the place of Blanck. At beginning their sound was characterised by free improvised harsh noise/punk music, but then those members discover in their poetry the electronic attitude, adding samplers and improving their sound with manipulation through mixers and FX pedals. Indeed, iconic in their production is Beaches And Canyons, a perfect exemple if ambient sonorities which was corroborated by a punk-ish plasticity. Next year the contribution by Black Dice was different every time (moreover, after Beaches And Canyons, Baroocha left the band and nobody will replace him). This diversification in Black Dice discography represents a very expressed potential in the spectrum of this new music, derived from now wave scene and DIY dancefloor, onto avantgarde literature, electronics and break music too.

We analysed in depth some of these topics about the history of Black Dice, and the creative process on their new record Mod Prog Sic, with an interview with Aaron Warren. Following the conversation with Black Dice member.

Let’s start with the new album, Mod Prog Sic. A most powerful creativity characterizes this new release. Harsh elements are further and further away, giving a rounder shape to the sound, but with an urban and elastic attitude, like your previous records.

But what is its creative process?

Aaron Warren: “The record took a long time to make! Eric was living in Spain and me and Bjorn were in Los Angeles. We were still doing BD shows every year or so, and we wanted new songs for the shows. So I think starting in 2015 we wrote the first couple songs for the record. And then maybe the next year when we were all together again we recorded the first couple songs. It went on that way for a couple years until finally we were like, we have to get together and knock this out. So we wrote and recorded the bulk of the record in 2018 in a couple weeks. We’d been sending ideas back and forth so we weren’t starting at zero. Then we had to finish the record working remotely, sending mixes back and forth.”

Can you talk about recent and practical aspects of your workmanship, like the instrumentation used?

Aaron Warren: “It’s samplers, mixers, microphones and FX pedals. Bjorn plays guitar too. We’ll usually start with some rhythmic loops and build it from there.”

Did you use samples in a distorted form too?

Aaron Warren: “Yeah most everything has some kind of sampled element. Sometimes it’ll be a sample of a beat or a loop that we’ve made that we want to be reliable and easy to play. Some samples we have are pads for melodic lines like a keyboard. Some are just wacky sounds that are for texture.”

Is it something developed by casuality, or is there a more meditated approach?

Aaron Warren: “Depends on the tune, really. Some of ‘em are meditated upon heavily, labored and argued over, and some of ‘em come together quickly and easily. The remote workflow certainly lends itself to a less immediate more considered approach, which did help the record, but was painstaking at times when we were doing it. I prefer writing and recording live I think.” 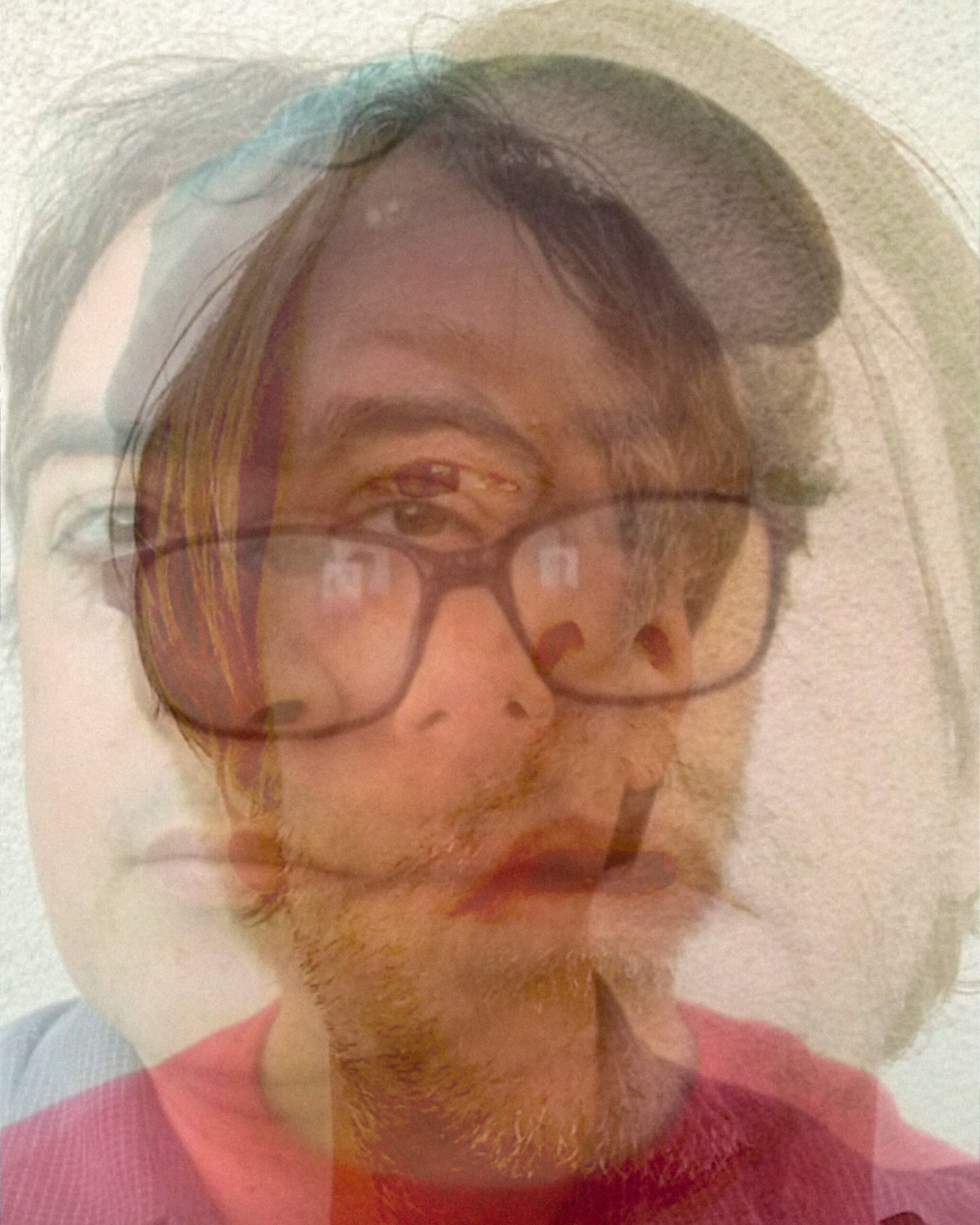 Mod Prog Sic is in the name of a renewed electronics, where hip hop elements and dance-like sounds entangled between them. Anyway there is a aleatory plasticism, that has been the most peculiar part of your historical poetry, no more in an ambient sense, but through a deformed dancefloor-like spectrum. Techno elasticity is dominant in this release, which moves freely in range of bpm velocity, showing a fervid creativity and approach. White Sugar and Big Chip reveal your most straight potential (in a certain way, or in relation to your past sonic literature), where more catchy melodies, an exacerbating rhythm, and deeply urban noise sound are dominant in this release. Moreover Swinging is in the name of a crazy percussionism, which plays with periodic structures in an original way.

How was this music research born and did it develop?

Aaron Warren: “Yeah, we really just start with the beat usually – White Sugar and Swinging Bjorn made up the main drum loops. We get a lot of sounds off YouTube, and we have some cheap little drum machines. Bjorn uses an app from his phone for some beats. Then we play ‘em loud, and add bass and more beats and try to make the tunes as hooky as possible. That’s just what we wanna hear for ourselves.”

How did the dance and techno elements happen in your creative process? In other words, why is this attitude more present than ever?

Aaron Warren: “Personally I find myself listening to more and more music along these lines, I like the sounds and I like the propulsive qualities. It’s fun to play! But ultimately we come at everything from a more rock/punk approach— how can this hit harder? How can this be catchy, how can we pump up the attitude?”

Let’s talk about cut-up / your sampling creativity. This choice of craftsmanship is very interesting, which was realized through loop and digital manipulation, in a harlequinesque and digitally lo-fi aspect. Indeed the hip hop poetry (of an almost-burroughsian derivation) mixed up with the synthetic sound giving a brand new form; indeed in worldwide music (especially in experimental genres) take hold a mix between noise, dancefloor, hip hop, and sometimes avantgarde (in a more electronic way, not only the math sense).

How do you see this sonic movement? Do you see yourself as one of the main references?

Aaron Warren: “Definitely we are not at the center of anything! We like cutting sounds up and playing with them, but that’s a tradition that goes well back to the middle of the last century. Much like the collage approach of the album art it’s about taking the familiar and blowing it up and reusing the magnified details as the backbone of the composition.” 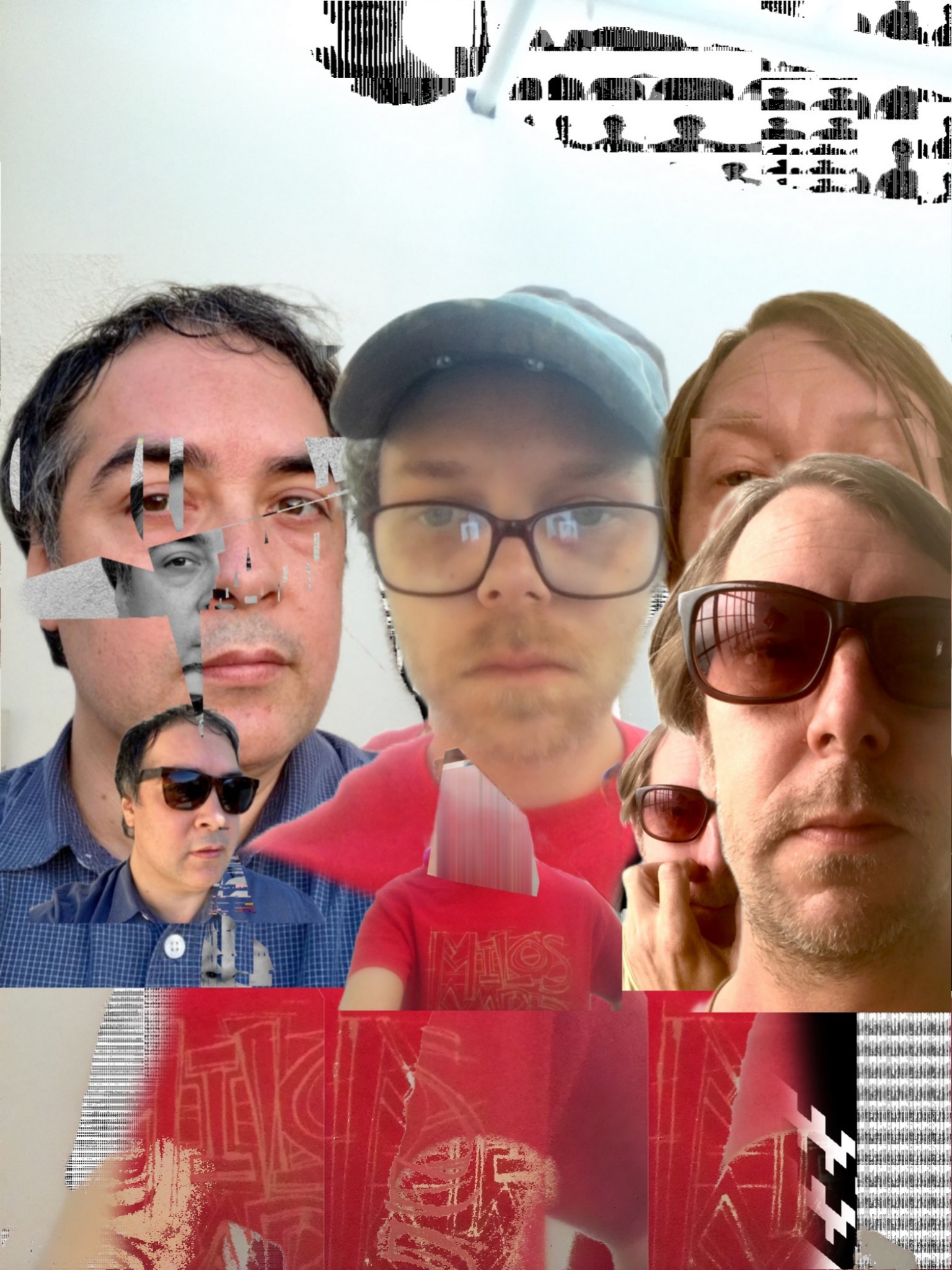 FourFour Records is the new label of Jonathan Galkin, and  Mod Prog Sic is the first release. He released for his past label managed with James Murphy (LCD Soundsystem) and Tim Goldsworthy, that was DFA, some of your records, like the masterpieces Beaches & Canyons and Creature Comforts.

Could you talk about your path through the production of this new album? How was FourFour Records born and did it develop?

Aaron Warren: “We’ve known and worked with Jon from DFA/ FourFour for 20 years and he was the person willing to pay for the making of a record that had no songs to begin with, and took years and dozens of studio sessions to complete. Jon’s a fan and gets where we’re coming from and that is important to us. He took on the record at DFA and when he parted ways with them, he started FourFour and we stuck with him the way he stuck with us!”

Title of the album is interesting and weird at same time; Mod Prog Sic could be in the name of a musical maximalism and “urticant minimalism” (in a certain sense the mod music) where is dominant a punk-like creativity of those abstract drawings. But, leaving the word to you, what are the origins of this title?

Aaron Warren: “I have no idea! Eric sent it to us and the strangeness and directness appealed to me and seemed to really fit the tunes. I think it was the only title proposed for the record.”

Let’s talk about your past discography. If Mr. Impossible gives a catchy form in your sonic plasticism, the previous album, that is Repo, signs the beginning of urban sonorities in an energetic way, between dancefloor attitude and hip hop creativity, through a more serious playness. Anyway your fourth and third albums, which are Load Blown and Broken Ear Record, play a ludic role with a metropolitan feeling, but not yet in a properly polygonal-urban way, as it was shown in next records.

Why this passage between aleatory and plastic thing and brand new sampling-dancefloor sonorities, both in metropolitan but different ways?

Aaron Warren: “Yeah I think from Broken Ear record onwards, it was much about figuring out how to be a band and make tunes without a drummer. The earlier attempts are more basic, the beats are simpler, some of the loops are more rugged. With each record, we’re trying to make the most playable and hard charging batch of tunes possible. And as the years go on, I think we’ve become a bit better at the craft of writing songs within our own musical language.”

Creature Comforts reveals the linkage more clearly between your brutal noise rock sonorities and elastic electronics which characterize your actual creative idea; that record, with an evolving sonic casualty, and with a volunteer in search of a divine being in the music complexity. In particular, tracks like Skeleton show a simple guitar riff, traditional in a indie rock sense, which is pleasantly polluted with looped synth and distorted voices, and the intention to associate traditional underground with incoming elements is interesting in this renewed and renewing music context. How did this idea happen? Moreover, was there a meditating attitude in Creature Comforts in any sense?

Aaron Warren: “Yeah, that record was for sure about exploding any notions of how we had worked up til that point. Skeleton in particular was about erasing the beat and pushing forward processed sounds. To me that record is a lot about pushing every idea to the extreme.”

In regard to your first record and masterpiece, Beaches & Canyons, characterized by an industrial soft music in a synthetic and meditated form, reproducing elements of natural-like structure. If Seabird works as introduction, other four tracks are structured as lysergic prog-ambient suites, and as fugues and flows of consciousness but periodic in following different elementary instances. This record was released in a time of change for Black Dice music poetry, from brutal noise to a more urban sonic thing. But this “freak” attitude will be history in the next future, giving place to unlabeled sounds (Creature Comforts) or synthetic and sampling music (a lighting exemple could be Repo).

How did this fervid work in a momentaneous period happen? Can we say Beaches & Canyons was influenced by freak, progressive culture or historical ambient in a more direct way?

Aaron Warren: “It came out of a period of time where we were playing every day for hours at a time. These jams formed the record. We recorded it all live and could play the whole record live. It was just after 9/11 in NYC and there was a weird end of the world vibe on the streets. It was a scary but fertile time to be working creatively. Everything felt very immediate and essential.”

Tell us your news? Will there be any European dates?

Aaron Warren: “We will return to Europe for some shows as soon as it is possible!”

Thanks so much for your disponibility and best wishes.

Aaron Warren: “Thanks for the interest! Have a good one!”

Nikilzine talked about Beaches And Canyons and Creature Comforts in another occasion. Here is the releated link (article in Italian).