Pushing away every boundary: Nout
di Giovanni Panetta
Interview with the French trio Nout. Analysis on their music, any digital track and track-by-track on their self-titled first release and EP. An extemporaneous progressively noise music. 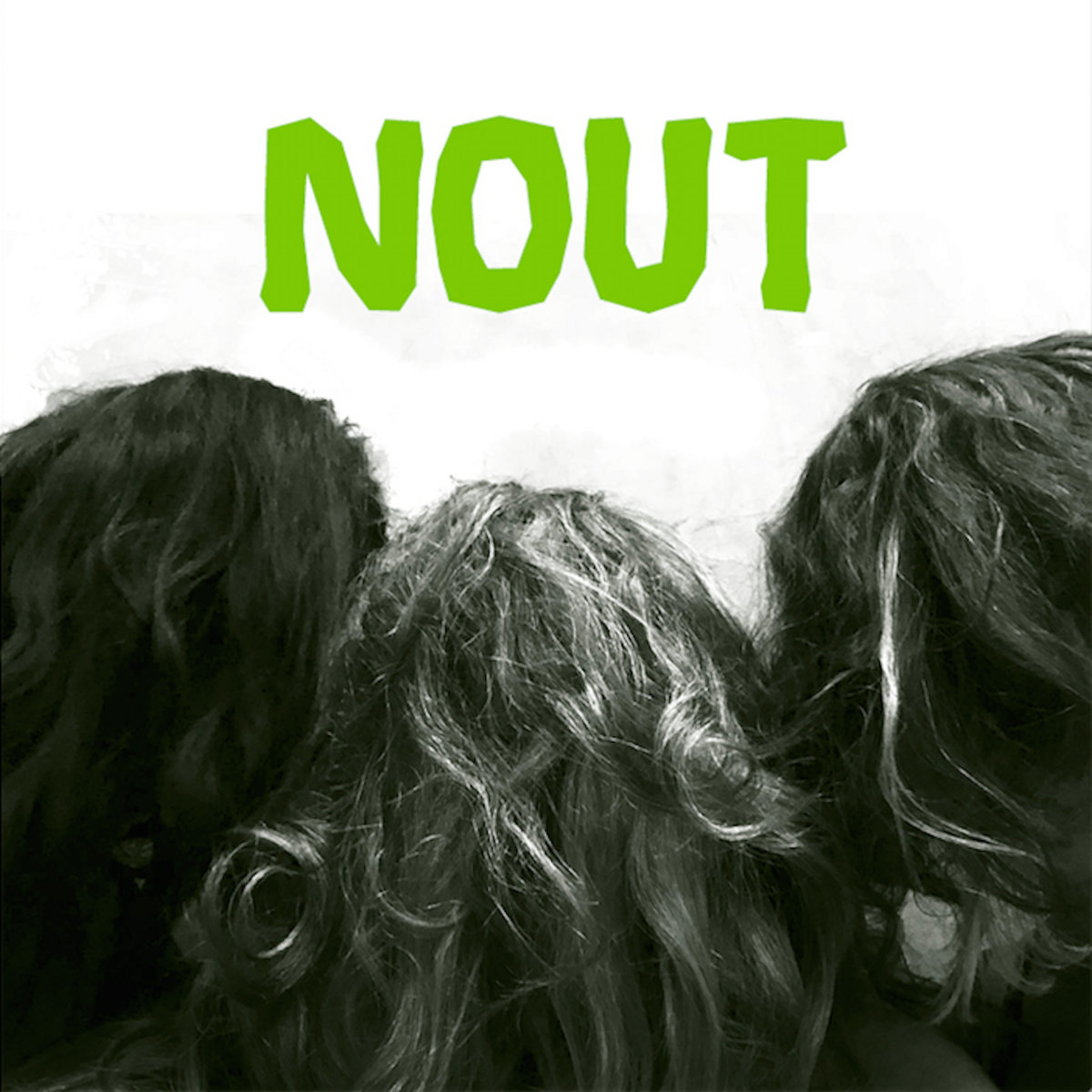 Nout is a French experimental trio with Delphine Joussein (flute, effects), Rafaëlle Rinaudo (harp) and Blanche Lafuente (drums). It navigates through a noisy progressive sound, with an extemporaneous and intelligent approach, diversifying itself between traditional and alien cultures. Sonorities of Nout are punk but in a more subconscious and meditated way, and it represents a fervid freakness in music. If Blanche’s drums design baroque patterns, and Rafaëlle’s arpeggios give a heterodox and elegant touch in their music (slipping many times in exacerbating chaos) Delphine’s flute describes creative, plastic lines dilated through dynamic elasticity. It’s not absolutely a case, Nout music is structured through several fugues, looking to and forward (indeed, we could say with a punk-ish attitude) Canterbury sound, krautrock, and cosmic free jazz, mixing a melodic interest with ecstatic experimentalism.

In September 7, 2021, Nout published their first self-titled release and EP for the Delphine’s label Gigantonium. We talked with them about this record, the digital track Miskine, their music in general and the future. It follows our interview with Nout.

Let’s start from your beginning; how were Nout and his “hard progressive” sound born? Your music is enriched by elements of technical lyricism (for their impeccable, academic formation) and freak noise. Indeed we could say there is a certain manipulation of free chaos, but in a sense of Canterburian music and krautrock. Anyway your approach is more linked with noise, math rock or I could think of a certain plastic electronics that is spreaded in France or in a certain way in Italy too. But what are your real points of references for your music? And what is the course of your first musical testimony, that is your self-titled EP?

Delphine Joussein: “Nout is a recent trio, in fact we started rehearsals end of 2020 – beginning 2021. We first musically met in duo with harpist Rafaëlle Rinaudo in 2019 (but personnally met way before as we have been flatmates!), and at the same period we had an improvised session with Blanche Lafuente. Well what had to happen happened and the three of us met in my studio for improvising. This is how NOUT was born.

“We had a classical and jazz training at conservatory in France, but our love for improvisation keeps leading us to meet very different musicians. Noise, rock, jazz, classic contemporary, etc.. at the end of the day, these are constant source of inspiration and feeding our way to express ourselves with our instruments. You try and digest the maximum, and let it out your way… Harp and flute are assimilated to what can seem quiet restrictive roles, ideals and written repertories, but as we love to always push away boundaries, we don’t hesitate to explore the infinite possibilities to extend these instruments. As we also are attached to the initial sound of flute and harp, we continuously surf on both, dry and filtered sounds. Extremely exciting, fascinating and funny new world would open up then! Starting points of our music in this EP often are scenarios, stories and emotions.” 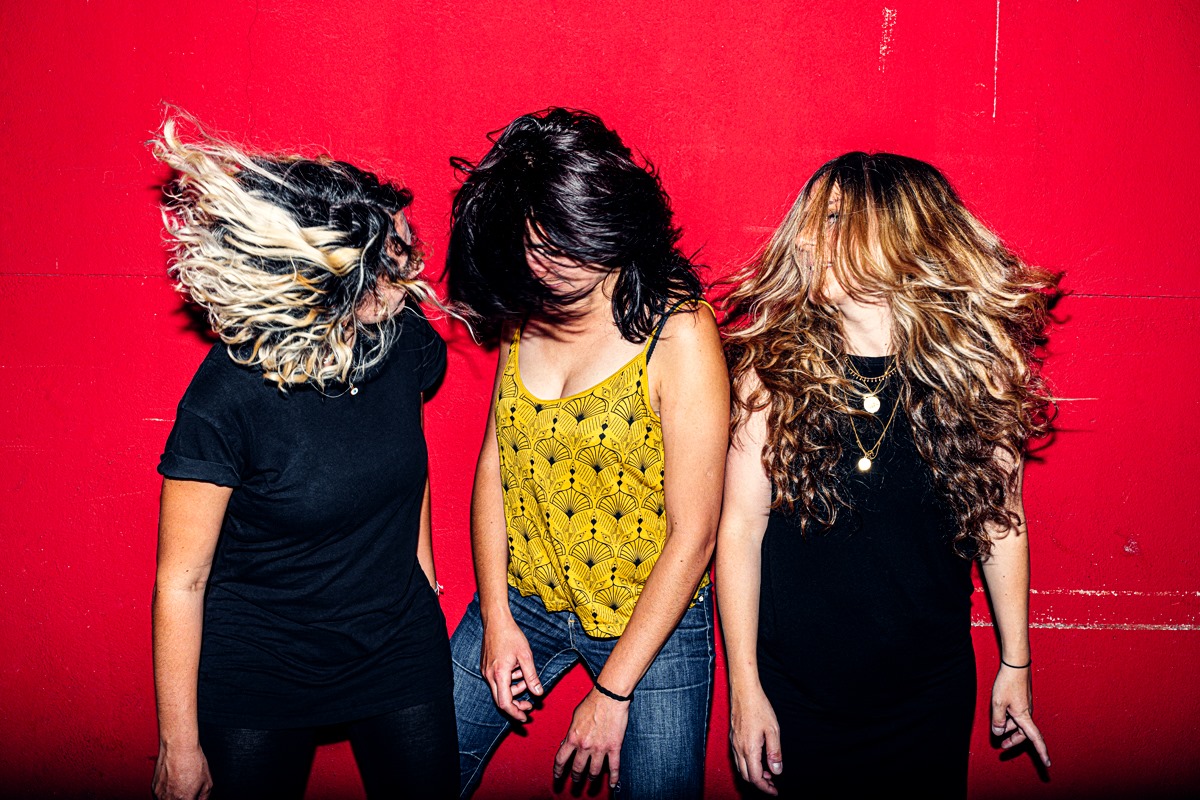 The following questions will regard a track-by-track on your last release, that is the EP Nout. The Last Train starts with a rarefied and melodic part, developing then a distorted, Canterburian-like intensification of your urging power in music (and it appears a little rhythmic pause in that middle part). We could say it is your calling card, because it was published previously on YouTube, this year (2021) in March. Indeed The Last Train structure is more ordered and less free, anyway elegant. What was the creative process and context with this track? How did this change in your music policy happen?

Delphine Joussein: “The Last Train is a narrative track that explore extreme emotions such as terror, despair, rage. It starts with a serene atmosphere and goes towards death on the trail. Infact, we take pleasure in playing big contrasts between acoustic and electric, creating rebounds.”

Ça sent le brûlé has a kraut-ish side, but it doesn’t miss a link with the Canterbury Sound; melodic lines of distortions are dissonant and free, and they are accompanied by a more meditated rhythmic structure of drums and harp. Surely, at same time, an ambivalent and experimental track, that is iconic in this peculiar EP of new sounds in a general context. What was the creative course of ça sent le brûlé? Can you talk about its experimental concept?

Rafaëlle Rinaudo: “This track is an invitation to dance and go trance, like if it was a strong smell of burn in the house. The intro explores many different sounds and textures, at some point flute and harp get mixed up one can hardly hear who is doing what.”

In La mare aux canards the melodic/harmonic atmosphere is more South-Saharian or linked with Balkanian music, but consonant and lighting too until the course of this song becomes more chaotic or physical like a wall of sound, and in an aleatory way. Another ambivalence, but this time, I think, it is influenced by extra-traditional elements of your culture. Anyway, how was the concept of La mare aux canards born and did it develop? What is your link with not-Western music, like the African or Eastern-European ones?

Delphine Joussein: “My mother is Moroccan, I was influenced somehow, and also discovered later gnawa music. Also I lived in South Africa for a few years and had the chance to get to know a whole new culture. La Mare aux Canards can be seen quite like a cinematographic track; imagine a very blue sky, little ducks quietly splashing around in a pond; suddenly the weather gets awful, stuffy, and plenty of killer dolls invade the space. At the end they happen to empty their batteries and stop where they are.” 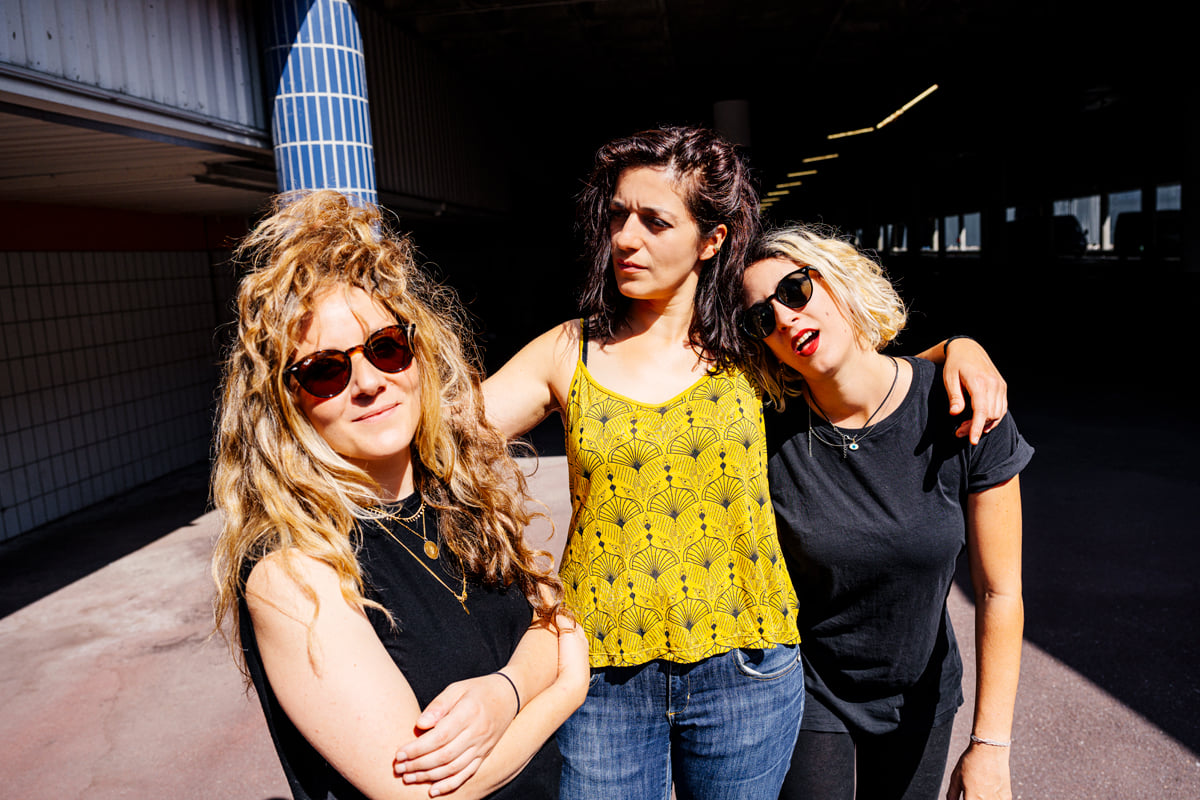 Talking about Les boulettes a baroque, it flows through a Canterburian fugue in a modern sense, with ever-different sonic instances. Interesting is its baroque, mathematical rhythm. Sometimes lines of flute or harp are free or centrifugal, and other times are more cadenced, and there are several occasions for musical exacerbating with a majestic, powerful writing. Anyway, the French title of this piece means in English “meatballs”; indeed this approach is more organic, structured through a suite, and maybe for this you feel a need to give a touch of irony in your music, playing, in an extravagant way, between well-worked sounds and a culinary imagination. What was your creative course with Les boulettes? How did this organicity happen? What is the real association between this track and its title?

Delphine Joussein: “Meatballs is my favorite dish ahah! This receipe is like this track, there are endless different ways to play and cook it! In fact, we already drastically changed its structure when we play it live. I like juggling between acoustic and very distorted electric sound: the track starts with drums and flute playing the simple melody ending up destroying it; it finishes with a dancing beat and melody again thrown and yelled with electric gutts this time.”

In Inondation, the final track, there’s a complex rhythmic structure with a syncopated, catchy form, and it is interesting the use of distorted harp, which gives an impression of an analog synth, and distorted voice that is cacophonic and an lysergic element in this track. At the end there is an interesting, sweet and sour melodism in a prog sense. What was the course with Inondation, and how did its lysergic organicity happen?

Rafaëlle Rinaudo: “Delphine and I were roommates, one day there was a great flood in our apartment, “inondation” pictures the devastating vision of our flat. The rhythm illustrates us endlessly bailig out. The last riff shows our relief and joy after the flood ended.”

Talking about Miskine track, published in 03/18/2021 on YouTube, is characterised on an sweet and sour and Middle-Eastern-like harmony at beginning, increasing then in a powerful and noisy melodism, with chaotic lines of harp and flute. An interesting example between Western experimentalism and warm music from a culturally alien context. How did its creative process happen? Can you talk about your initial approach as trio, and how did your organic sound develop in your EP from the above-mentioned track?

Delphine Joussein: “Again here we want a strong contrast between parts. It’s like in real life, soft and pleasant moments succeed to harsh and violent ones! Indeed the orientalish melody and harmony are part of what we love playing. It is the beginning of what can be an adventure: to go past strict harmonies, to escape from there. Use of harp here could recall a sound between oud and n’goni.

“The trio formula is a great one because there is a huge space for each third of the band, it allows a new way to express and to position oneself in a band; a specific place to explore, to experiment, to go beyond simple substitutions (substitution for multiple instruments voicings and bass for example). You do with what you have available and it allows many crazy things at the end!”

At the end what will be your next news? What will we expect from your future release? And, if these pandemic times will permit us, will there be any European dates?

Nout: “In 2022 we will have the chance to tour in France and Europe, in fact we are laureates of a competition called Jazz Migration. Mostly in France, but also in Sweden, UK, Italy (Festival Una Striscia di Terra Feconda), Germany, Turkey, Roumania, Poland…

“Next album might come at the end of this year touring.

Thank you so much for your disponibility, and bye for now!