REVIEW: Jazz By Sun Ra Vol.1
di J. Simpson
A guide about one of the first albums by Sun Ra, which was published in 1956 for Saturn. 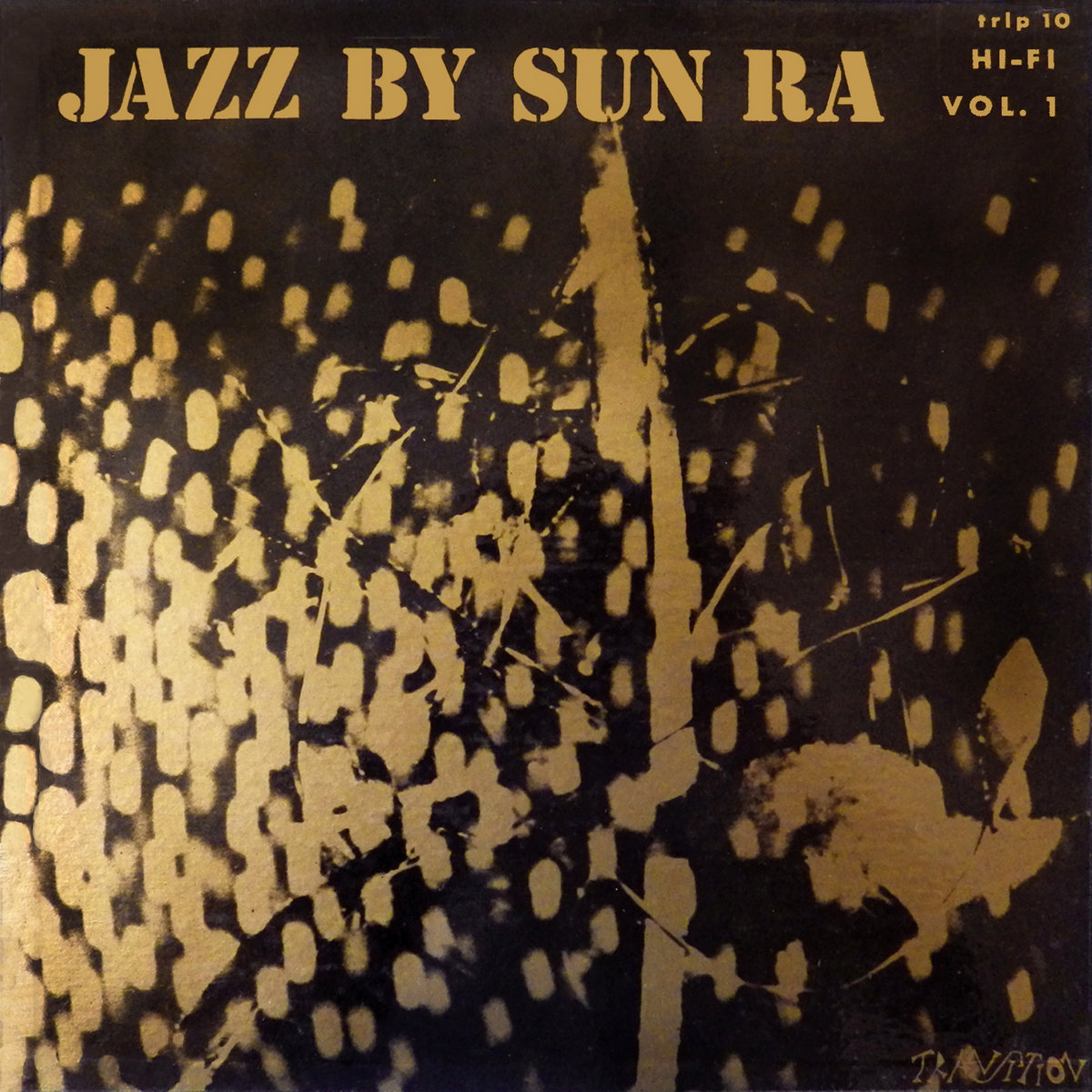 Sun Ra‘s first album is a Trojan horse, a prototype, a free radical… consolidating the entire history of jazz up to that point while predicting some of its evolutions with frightening clarity.

Listen to the first minute of “Brainville“, Jazz by Sun Ra‘s finger-snapping album opener, and you mistake it for any other album recorded in 1956 – or even a decade earlier, for that matter. Rhythmic piano comping, a walking bassline, some blatting tenor sax, wouldn’t sound out of place on a Gerry Mulligan record or the soundtrack to Panic At Year Zero, while the synchronized brass stabs sound straight out of the 1940s and glass-muted trumpets from the 1920s. It’s a suave, sophisticated big band orchestra, to be sure, but with little hint that they’d be making some of the farthest out music ever laid to acetate in less than 10 years.

The cracks are already started to show by the next track, however, “Call For All Demons“, revealing a window into a nuclear reactor or infernal dimension, full of extra-terrestrial, supernatural beings. Here, Sun Ra and his 10-piece Arkestra are already beginning to show some of their fascinations – occult-tinged titles; Afro-Caribbean rhythms; slinky Middle Eastern melodies. It’s definitely rooted in the cosmopolitan jazz of its time, but slightly mutated – what other big band ballroom stomper features a slave galley tympani solo, for instance?

Perhaps you might call Jazz by Sun Ra “uncanny Big Band”. Structurally, tonally, harmonically – it’s still got precedent, still rooted in Western music, theory, and harmony. But when you squint, when you read between the lines and listen around the edges, you’ll begin to notice things are slightly off.

Given how things have shaken out, how much of an influence Sun Ra has had on the future we’re currently inhabiting and how many themes he accurately predicted, Sun Ra may have been an extraterrestrial prophet after all.

Jazz by Sun Ra may be the most musically conventional of his vast discography – i won’t say definitively as i’m still making my way through his nearly 200-deep back catalog; it certainly has precedents. I hear shades of Duke Ellington, Count Basie, and Fletcher Henderson as well as some of Charles Mingus‘ efforts from around the same period. James Scales’ smoky alto saxophone brings to mind film noir, but it’s more Jean Godard‘s Alphaville than Nightmare Alley.

This realism is actually a good thing. It heads off critic Gerald Early‘s critique about fusion jazz being “like playing tennis without a net“. These cats have a net and it is tight. Even if they hadn’t gone on to become one of the most challenging, demanding, damning, joyful musical ensembles in the history of humanity, Jazz by Sun Ra would be a joy to listen to. At bare minimum, you get an expertly-trained, highly-skilled big band ensemble turn its 10 pieces lose on some hard bop/post-bop tonalities. Even at its peak, you’d struggle to hear this precise choreography even from the heights of the be bop renaissance, who favored tighter, leaner, smaller ensembles.

If you’ve ever wished you could hear James Brown‘s brass section tear through some Thelonious Monk charts; if you’ve been looking for a soundtrack for the Savoy Ballroom, if it were found on The Moon. It’s truly a wonder for jazz lovers of every age and genre, from big band to be bop to free jazz. Come for the historicism, stay for the melodies and slick performances, and let yourself be converted!