SMEGMA & WOLF EYES, A MEETING BETWEEN TWO DIFFERENT NOISERS’ GENERATIONS
di Giovanni Panetta
2003-'05: changing times for Smegma and their successors Wolf Eyes (in this context). Two bands encounter between them, giving a manifestation of a more well-structured form in their future music poetry. 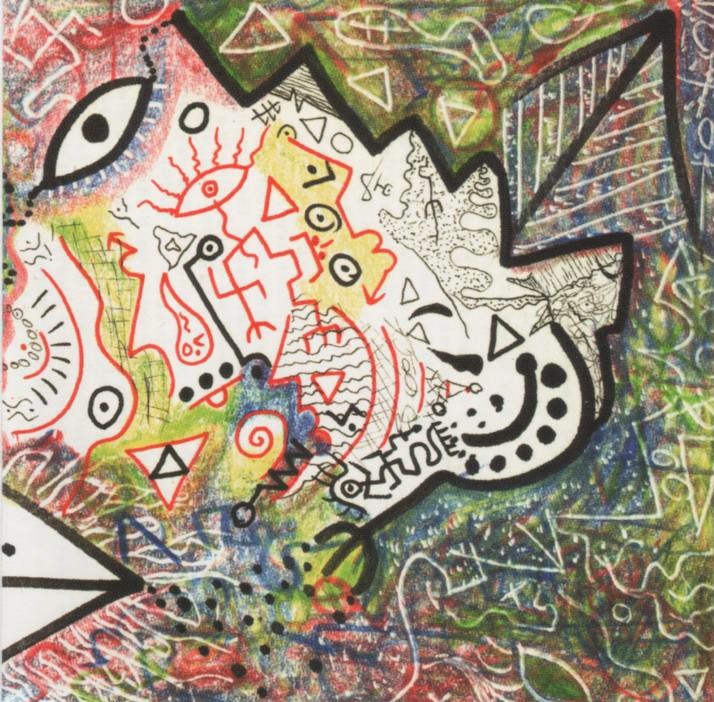 Smegma, formed by several important personalities from Los Angeles Free Music Society (at beginning they was Rick Stewart, Allen Lloyd, Brad Hostetler, Dennis Mehaffey, Amy De Wolfe and a member called “Cheesebro“), takes its name by a joke of words between Magma, the historical French progressive group (their elastic sonorities anticipate, in any way, many of the sonic weirdness to come), and the the execrations of genitalia with that name. Indeed, the mix between plastic and dilated experimentalism, and a slimy musical mocking are the principal elements in their poetry. The group, whose sound develops in Portland, was in the name of a free freak sound with a break up or mixing between more conservative prog and punk cultures, realizing or anticipating the exp corpus of post-punk spectrum (it includes post-punk music in a proper sense, heterodox hardcore punk, and ’80 American indie rock). After the free-jazzish feeling which characterized “Glamour Girl, 1941” (1979), Smegma are oriented toward a further outsider attitude, proto-noise with that literal meaning. “Pigs For Lepers”, their second album, has an idiosyncratic sound which is nearer to harsh noise creativity, but through a freak/free jazz workmanship. There are elements of the past, and newest ones in a more abstract way, where analog playing mixed with an intense freely improvisational attitude. Indeed this creative concept could be associated with the following pop-plastic avantgarde which was born and developed since ’90 years.

A general interest for Smegma happened in 2003-’05, when several Smegma releases was produced and re-published: a CD edition of “Pigs For Lepers” for Harbinger Sound; a CD upgrade of “Live 1991-93” (previously only in cassettes); a split with Steve Mackay titled “Thirty Years Of Service“. And two other releases which are related to Wolf Eyes (heavy dark noiser from Ann Arbor) world. Wolf Eyes is a trio (initially it was a duo), and that time (2003) was formed by Aaron Dilloway, John Olson and Nate Young, and those years signed in them a most well-structured music, in every way, immersed in an industrial landscape which is translated in intense claustrophobic sonorities. Indeed, Wolf Eyes’ sound navigates in devilish noise music with a dark, evil flexity, where a plastic creativity takes a tentacular form, giving anxious feelings. A first exemple was “Burned Mind“, released in 2004 by Sub Pop, which was characterized by an involvement operation of many bands and artists from noise context; in this record a cheap electronics encounters crepuscular feedback of piezo microphone. Indeed, we can say this music (similarly to the general Wolf Eyes music poetry) is an atmospheric music with obscure tones, playing with exacerbating rhythmic patterns and a grandguignolesque sonic nature reproduced by that more ethereal melodic lines. Talking about the “Burned Mind” tracklist, if Dead In A Boat suspends the moment with a consistent wall of sound, in Stabbed In The Face we can glimpse some lines of a heterodox, hellish techno, but absolutely not in an urban way. We can hear, to this last, lysergic sonorities which recalls an insane, crazed, aleatory and naturalistic sound, found in the deep structure of human genotype. 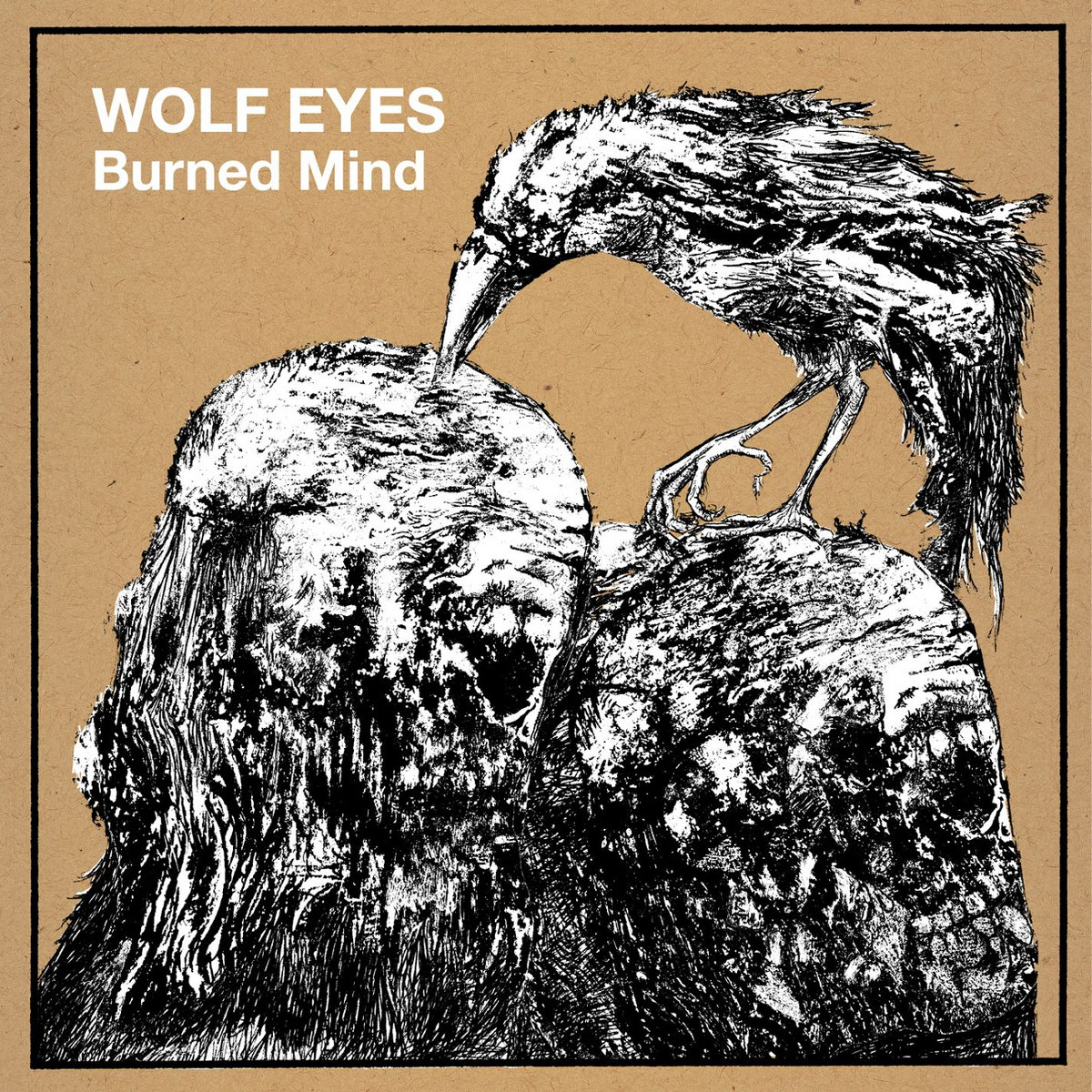 Returning to Smegma, Wolf Eyes wanted to give a singular homage to the noisers from Oregon, through collaboration between all of them and a only-Smegma record (Rumblings, published by Hanson Records, the label managed by Aaron Dilloway). “The Beast“, released through DeStijl in 2003, signed a Smegma coming back in their musical career, after the Tiromancy publication six years before (1997). During one afternoon this sonic improvisation was recorded by two noise bands, meanwhile a Wolf Eyes tour. The sessions happened in Smegma Studios, and then there was a perfect feeling and appreciation between those two idiosyncratic, but different in any way, music groups.

All the tracks are untitled – showing a mysterious sensation – and flow between analog sound, between free jazz and outsider music, with an poorly electronic soundscape. The first track is ugly and expressionist, jazzish sound, where dominates metallic noise of xilophone, various winds, and a plasticity recalling the day-to-day living. The second track is dominated by altered voices, free playing and manipulation on instrumental sounds, where a freak atmosphere is disposed in a fugal way. In the third track Wolf Eyes cheap electronics has a main role, districating in synthetic tactilism with the free auxile, and claustrophobic, almost-ambient feelings, then smoothing in a chaos in the sign of an analog craftsmanship. Instead, another time a plasticity, bur more atonal, is the main characteristic in the fourth track, through several instruments (harmonic, bass, guitar, winds). The last, fifth track has as principal element a stochastic music with samples, spoken words and played music; in following part a chaotic suite starts and flows with more lyrical, elastic and futuristic cheapness through a analog playing; then there is a synthesis of previous elements in a conclusive way, and with an iconic, harsh progressive grandeur.

The Beast offers an entangled mix of Smegma noise chaos (we could say, with a naturalistic form), with a darkly lysergic background music of Black Eyes. An oblique and extravagant meeting between those much different sonic cultures which, more specifically, found a common point of convergence in almost-white-noising attitude. The Past, represented by Smegma and their outsider music with free jazz elements, and the “near Future”, in other words the powerful and elastic noise of Black Eyes encounter between them, giving a possible collaboration and a prospective of the next sound, indeed it will be seen a major presence of a lighting enrichment of dissonant music through different and historical languages in music.

A special thank to Luis Gago for his precious help.