Sun Ra‘s The Futuristic Sounds Of Sun Ra could just as accurately be described as ‘the prehistoric sounds’, as it evokes ancient Sumerian rituals as much as asteroid mining. It also manages to encapsulate the past, present, and future of jazz in just 41 minutes. 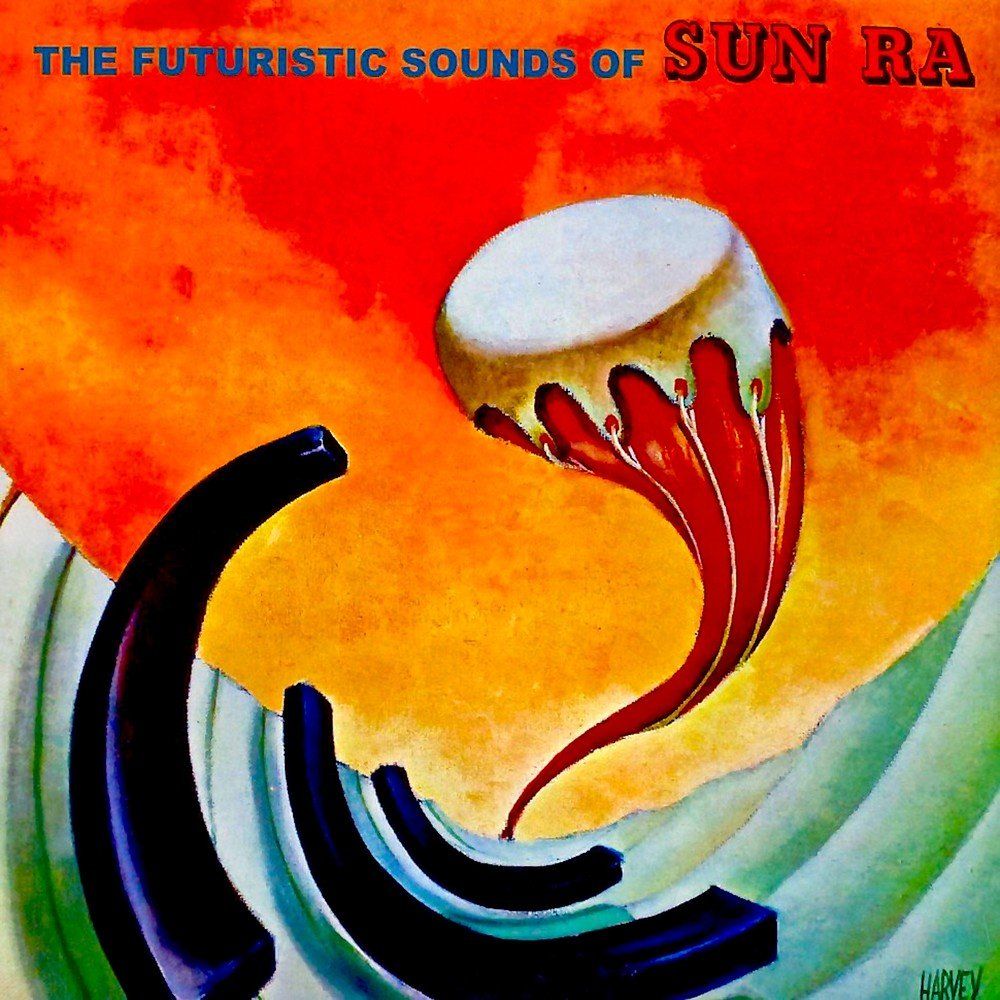 On The Futuristic Sounds, Sun Ra has clear futurist intentions, expanding traditional jazz harmonies and structures to “create otherworldly emotions”, which are disguised as jazz to paraphrase one of Sun Ra’s poems. Thematically, this is firmly in the terrain of Sun Ra’s space jazz, with titles like Where Is Tomorrow? or Tapestry From An Asteroid. Key phrase being otherworldly emotions, which is to say emotions not of this Earth, like the shock and awe of watching the sun rise from the rings of Saturn or the homesickness of being 12,000 light years from home.

This is all accomplished without any of Sun Ra’s later more sci-fi fare. There are no synthesizers, no noisy fiery free jazz. Instead, The Futuristic Sounds Of Sun Ra remain thoroughly rooted in sophisticated Big Band, hard bop, even the blues… Album opener Bassism brings to mind jazz classics like Miles Davis‘ So What? with maybe a hint of Charles Mingus doing Afro-Cuban, thanks to Ronnie Boykins‘ airy walking basslines. Of Sounds And Something Else is eloquent, lyrical piano jazz that would make Duke Ellington proud, albeit with the occasional dash of Monk-like dissonance as a splash of Vermouth for this Atomic Age Martini.

These little filigrees are the poetic heart and spirit of The Futuristic Sounds, serving as a kind of wordless manifesto for not only this album but Sun Ra’s entire career. It’s not like flute, baritone saxophone, or percussion had never been used in jazz before. It’s just that here, a flute is more likely to resemble a swooping raptor than a Strauss sonata. Percussion is more likely used to banish evil spirits than to make the Savoy stomp. The vocals on China Gates sound like typical Big Band crooning that just happens to be intoned by an Ancient Egyptian priest.

Some of these sound effects throw back to the prehistory of jazz as well as mankind. Like the bendy woodwinds and trombones of The Beginning, bringing to mind novelty blues records where harmonicas becoming shuffling freight trains, or the early hep sounds of muted “freak trumpet”.

The Futuristic Sounds Of Sun Ra is just as much King Oliver as King Ululim. It manages to bring to mind the Harlem Renaissance and the sound of ancient long-horned cattle ranchers  This makes The Futuristic Sounds Of Sun Ra a perfect gateway drug for those into trad jazz looking for an entry point to Sun Ra’s monolithic discography. Or vice versa, as a way to get into earlier jazz forms for those more into free and experimental jazz.

Some accuse The Futuristic Sounds Of Sun Ra as too detached, too cerebral, of having an emotional vacuum. I’d disagree. It’s just that these emotions are far more complicated than what you’ll find on your traditional library LP. If you needed a soundtrack for the ecstasy of weightlessness, for the excitement and nervousness of an interplanetary journey to find a new home, New Day or Jet Flight could serve nicely.

J. Simpson is a freelance academic writer/researcher, journalist, and cultural critic, specializing in “dark” and “experimental” media. He is the author of the Forestpunk online journal, which analyzes modern art and culture from an outsider’s perspective.