RANDOMNESS AND ELASTICITY FOR AIDS WOLF
di Giovanni Panetta
An AIDS Wolf retrospective, on their path through The Lovvers and Cities Of Glass. Different schemes on that chacophonic noise music between chaos and flexible textures.

Canada could be seen as the a singular idea of noise music. Montréal, the most second popolous city of the above mentioned state of North America, has a blooming economy, characterized by a relevant production of aerospatial technology, with more than 150 companies which work on that field (data of 2003). Art or entertainment, in this case, will be something enlightening and consonant, through great jazz festival or different most recent bands like Arcade Fire or the unfortunate The Unicorns. The counterattack to this more glossy wave was the noise band AIDS Wolf, on the heels of Arab On Radar, An Albatross e Daughters, producing an angular and different sound, which has an oblique light, not only with an blinding irradiation, but radioactive too. 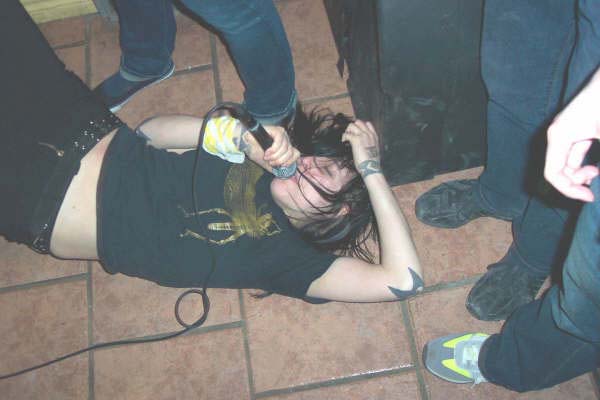 The band was born in 2003, and at beginning they were a quintet with one vocalist (Chloë Lum), one drummer (Yannick Desranleau), two guitarists, and one keyboardist too, which was rejected early. The group will have different changes of lineup, and in 2009 it became a trio (with Alexander Moskos as third band mate), but Chloë and Yannick will figure as pillars, and the recurring element will be the noise and the desire to evolve. With voracious and stimulating idiosyncrasies, AIDS Wolf will sign for Skin Graft Records, the fervid and naïf label of Chicago, with following works: Clash Of The Life-Force Warriors (a split with Athletic Automaton), The Lovvers, Cities Of Glass, March To The Sea and the EP Dustin’ Off The Sphynx, over than the Pre split with Sin Raft Records (it was a hoax by Skin Graft, where it was a European label which distributed bootlegs of the SG releases illegally). 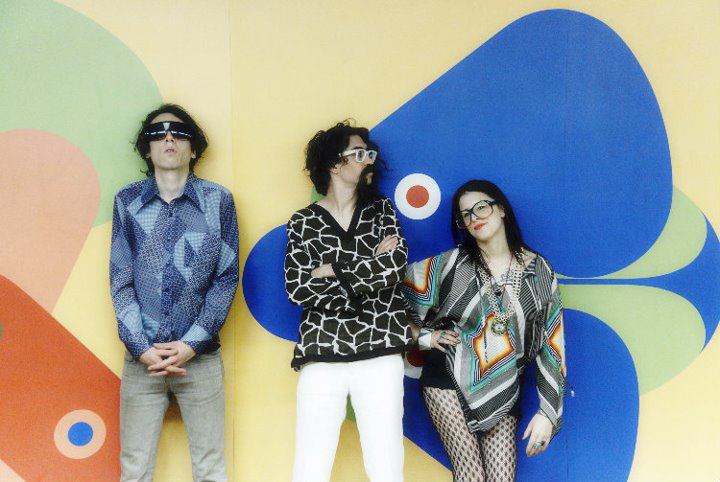 The Lovvers (published in LP for Skin Graft (as we said), and in CD for Lovepump United, both the versions on 2006) and Cities Of Glass (2008, in CD for SG and LP for Lovepump United) represent two important milestones on the AIDSW path. If The Lovvers has clearer lines, through an arrhythmia which should be a hypothetical inspiration by math rock movement, COG is characterized by a chaotic sound, where patterns describes elastic, dilated stereotypes by contrasting stains, like the drawing on cover of the record, which was realized by Seripop, a company of graphic art and serigraphy (managed by Lum and Desranleau, which have curated all the visual work of the AIDSW discography, except a version of EP Chipped Teeth and their last album, the double vinyl Ma Vie Banale Avant-Garde). These publications signify the past and the future in an iconic manner for the group, where the fetishism for the atonal disorder is the main character. 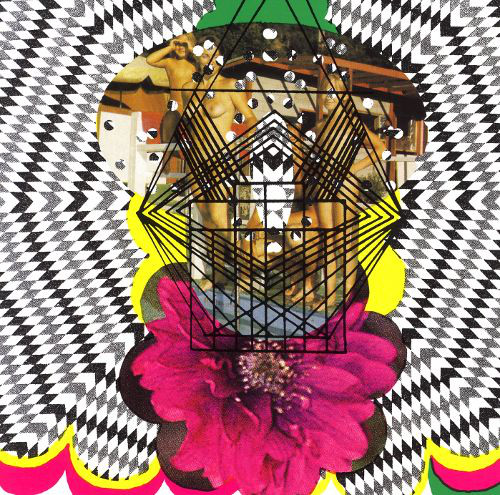 In The Lovvers, as we mentioned before, there’s a more ordered and rectilinear scheme, which are realized with a visceral sensationalism, and with an intuitive serialism; Spit Tastes Like Metal is a cadenced and violent sound, a sarcastic and disturbing martial march, as repeated punches on belly with paranoid gestures; instead Chinese Roulette is a overwhelming and chipped vortex, through more rarefied rhythms which are organized with a diabolic partial randomness, deceiving of an apparent calm. In the same way, The Hat Collector/Vampire King is on the line between an iced hell and another burning one, with a structure similar to a fugue, dissonant and minimal like a barbed wire. A pseudo-garage-noise feeling domains in Party Mind; indeed, at the end, Some Sexual Drawing is a free-noise suite with feedbacks and oscillating riffs, with a stochastic attitude and it increases in volume in several occasions, generating an sonic and darkly arty orgy.

With regard to Cities Of Glass, the idea which was evoked in the listening is, if we want, more European properly; histrionic, lysergic lines which referred to a further elasticity, both as choice of poetics and as spontaneous execution. The album title track recalls The Lovvers first track, but it is an oscillation around the point of equilibrium. Elements in common which evolves in the next case, with a fuzzing guitar and rhythmic dilation, and less rigidity. Listening to one of the Night Wounds split tracks – that is titled Now Yr Gonna Lose It – it comes to clarify the genesis of the phenomenon. It’s possible to hear a clearer rhythmic cadence in this one, but guitar effects are more reverberated, and there’s a hint of flexibility in the middle, something we can call “pseudo-bridge”. This track, as the rest of the part AIDS Wolf of the split was recorded before Cities Of Glass, in August 2007 (the COG recording was November in the same year).

This path will continue from Cities Of Glass to the next album March To The Sea, interchanging an elastic sound with a liquid one, with a psychotropic, polychromatic and arty taste. The band disbanded in 2012, because of a more consolidated distance of Alex from Yannick and Chloë. Chaotic music which has influenced several worldwide bands, in far small cities too.