Pumajaw is Pinkie Maclure (voice, lyrics, synths, concertina) and John Wills (guitar, samples, synths, drums). The members, who met in 1994, came from a solo project (Pinkie Maclure And The Puritans) and the ’90 psych/kraut band Loop (whereas John played drums). Their sound explores original, homemade creativity in addition to a pop/acoustic and broadly classical approach, with a psychedelic touch that shapes everything in a conclusive form. Pumajaw published eight records with the final work Scapa Foolscap, released on January 21 (2022) for the label Bedevil, composed and recorded in Orkney Islands, Scotland, and with the collaboration of the Irish songwriter Adrien Crowley. The record is shaped into a more baroque and heterodoxly downtempo sound, differently from other releases, like Demonmeowmeow (2011, Bedevil, which is more dynamic with a psychedelic and fluid sense of that exp creativity) and Cat’s Cradle (2005, Fire Records, a nocturne record with a soft and peculiar acoustic feeling).

Pumajaw will play in Italy (Apulia, South Italy) the first time after the pandemic period in the following dates:

We inteviewed Pumajaw talking about their last record, the Italian tour, etc… Following our conversation.

Let’s begin with the last record Scapa Foolscap. How were its weird and baroque sound and poetic, imaginative lyrics with a metaphorical character born?

“John had spent some time recording the strange, environmental sounds of the Orkney Islands. He then made some of it into some loose, rhythmic, experimental soundscapes. They were only sketches and never intended to be songs, but after Pinkie heard them, she was inspired to record some vocals, after having not written anything for several years. The title ’Scapa Foolscap’ was chosen because Scapa Flow is a stretch of water in Orkney and foolscap is a type of paper for sketches. The whole thing was very loose and spontaneous, enabling Pinkie to use her voice in a free and expressionistic way.  Once we had a few pieces written, we simply added more songs without any kind of plan at all.  So many years had passed since our last album, it was easy and we took a very relaxed attitude to it all.” 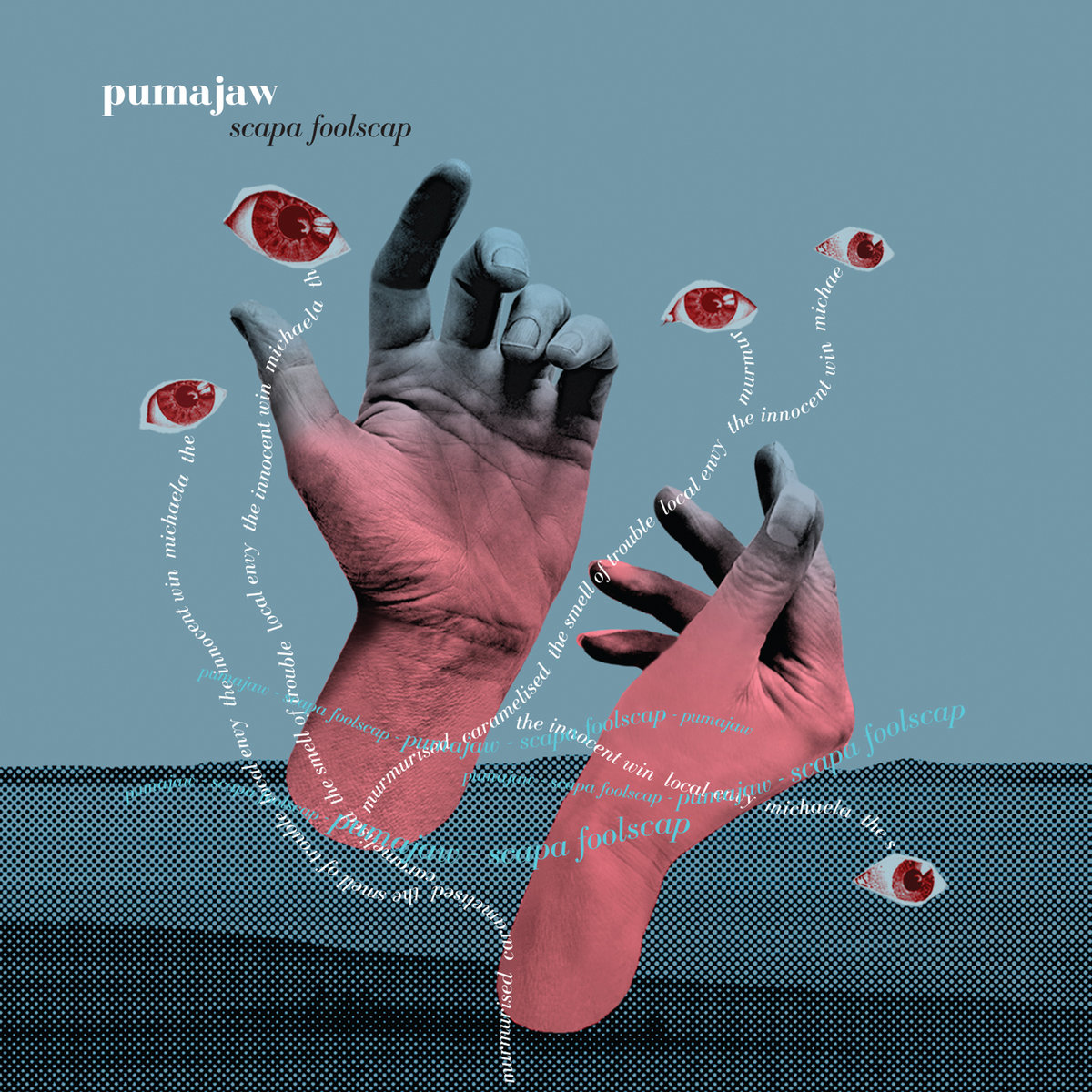 The Smell Of Trouble offers an image of a fire in a forest, in the sign of an ecological element, or, for instance, personal introspective thinking. The soundscape is rarefied and obscure, formed by minimalistic rhythmic patterns, flowing by contrast to the words of the sung part. Can you talk about the creative course of this piece?

“The vocal was a small snippet of an idea recorded by Pinkie. John then took it apart and built something new. The percussive sample which starts and influences the track came from a granular sample of Pinkie’s vocal which you can hear punctuating the song, More samples of the vocal were pitch changes and stretched to give an otherworldly sound which helped shape the atmosphere of the song. We like to build our music with non musical sounds as well and there are distorted concertina bellows adding to the rhythm track.”

The Innocent Win has more organic elements, which appear iconic and well-structured. The atmosphere is suspended like the theme that appears in these words, which could be a feminist issue or a story about heartbreak. What is the real meaning behind this track?

“The lyrics were written just after Donald Trump was elected. They reflect upon the ‘carnival’ that accompanied his triumph and the suffering that ensued. It asks how this could have happened – “I cannot see the enemy, they lurk below my radar” Many people were taken by surprise that a blatant liar and incompetent buffoon could be elected president of the USA.”

The Mirror of the Other is a synth and psychedelic rain with imaginative lyrics about the reaching of a celestial experience. The flowing is constant with an ever-changing vocal pattern. How was this enlighting creativity born?

“‘The Mirror of the Other’ is about reflecting on somebody else’s life, seeing life from the perspective of the other person. It uses islands (inspired the 70 Orkney Islands) as a metaphor, imagining reaching across the great divide of the sea and extending the hand of friendship. Our friend Adrian Crowley lives in Dublin and recorded his vocal part over there.

“Sonically this track was made by holding guitar leads that were plugged into harmonisers to make sound from human contact, turning human into sound. This was then juxtaposed with a more traditional arrangement of jazz drums and garage guitars to combine random sound with composed music making an original soundscape. It’s very important to us to keep trying to create original sound components in our music.”

The following track, Caramelised, is permeated by most urban and downtempo creativity with a heterodox, baroque approach. This eclectism is in contrast with the simplicity of those words, that talk about falling in love. How do these elements happen in the album?

“This was written during the first days of lockdown. It’s about a woman dreaming of the outside world.  She is trying to turn a bad situation into a good one – caramelizing it, making it into sugar.  She looks out the window and sees another person waving at her from their window, reminding her that she is not alone.”

Talking about your previous record, this 2022 you remastered your album This Day & Age released in 2009. The album has heterodox downtempo sounds with organic and lyrical analog work. Indeed there are some changes with Scapa Foolscap into more baroque and elastic sonorities. How does this change happen? How was your intention in remastering The Day & Age born?

“The original mastering of this album led to phase problems when it was streamed. We fixed that with the remaster.

“This Day and Age was definitely put together in a similar way to Scapa Foolscap. There have been several releases between it and our last album and in that time we have changed our sound quite radically, sometimes using mostly acoustic instruments and sometimes using no conventional instruments at all.

“The latest album is more accessible in its melodies but still made from unusual sounds like sheet metal and gate hinges.”

“We are lucky to have a contact in Puglia who offered to organise a tour for us. These are the fist gigs we have done since the pandemic! I hope it will lead to some more gigs in other parts of Italy next year.” 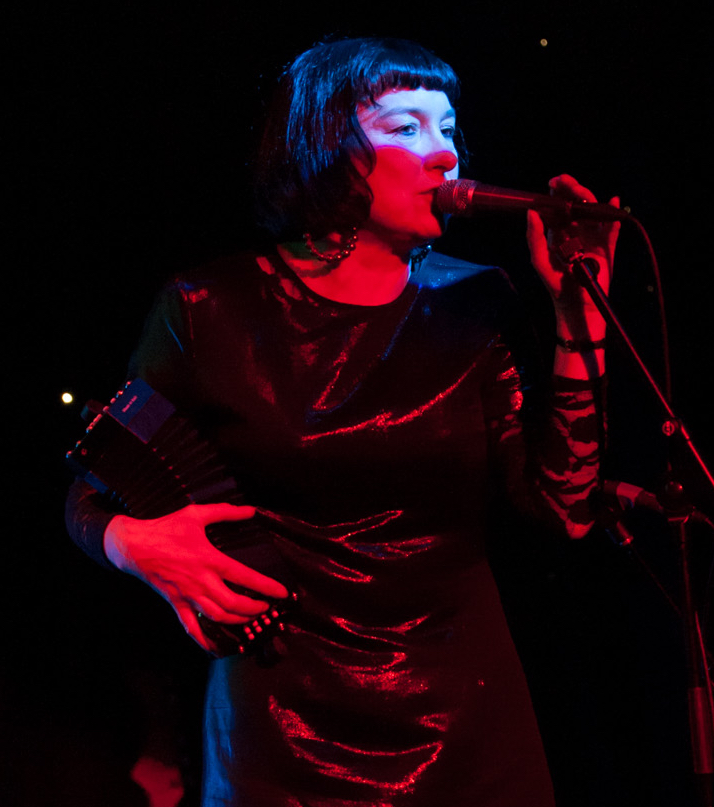 Can you talk about the next news on your discography and tour/live sets around the world?

“In the past we have found it more rewarding to play in parts of Europe outside the UK (and Italy is especially beautiful to tour! ) We have always been quite independent, releasing music on small labels or on our own. We designed a very small, portable set-up with guitar, concertina and laptop, so it was easy to be independent for many years. Brexit has caused musicians some terrible problems, but it’s getting better now and we hope that next year, it will be possible to play outside the UK more often. We will be writing more material of course and hope to release another album before too long.”