Interview with Bruno Duplant: cosmic and meta-musical imagination
di Giovanni Panetta
A little, partial monography of Bruno Duplant's discography, with an inteview with the French composer about Nocturne Incertain (Dissipatio, 2022, with Julien Heraud) and other releases. 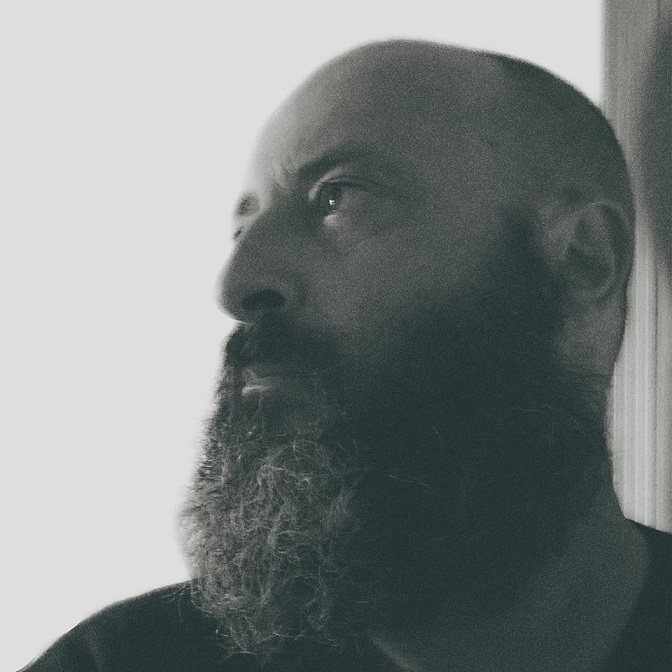 Bruno Duplant is a French composer and electronic performer in avant-garde music and experimentation with field recording. After his collaboration of Nocturne Incertain in Febraury 26, 2022, with Julian Heraud, for the Italian label Dissipatio, Bruno has continued with other soloist or collaborative records in the following time. Bruno’s poetry is characterized by Cagean, meta-musical elements but with an attention to the melodic character and intense creativity with his stochastic synth textures, giving a complex and large imagination to the listener.

Here is a descriptive summary of a little and most recent part of Bruno Duplant’s discography.

Insondable Humeurs (published on November 3, 2022, by the Greek label Granny Records) flows in an automatic/analogic way, where stochastic and atonal notes enrich the cosmic and lysergic landscape. In both tracks, a dominant metallic touch draws archaic and pure shapes, approximating the essentially sinusoidal dilatation of the air in between. If Part I symbolizes, with the use of metallic percussions, a concrete and monotonal earthquake on a celestial crystal shop, Part II softer sounds like piano or harmonic timbers offer a peculiar and familiar idea of terrain cosmicity, along a journey into the associated obscure infinity, as monotonal lines could suggest.

Another more recent Duplant’s record is Zone Habitable (fernsrecording, 2022), characterized by a constant, atmospheric sound that seems to recall radiation in the background which comes from a deep cosmic lighted dawn. Sometimes it’s possible to hear traces of an altered saxophone, which offer a terrain testimony, where this journey into the deep space gives a reaction with the external and platonic cosmicity, offering unexpected elements from its day-to-day living.

A spectral, swampy flow with glitched and lo-fi sonic friction dominates in The Memory Of Thing by Duplant and the American sound artist Seth Nehil for Sublime Retreat (a label from Wroclaw, Poland). We could say the music imitates the organic being by evolving in its natural course, from birth to death, where the electronic component signs an immersion in an inescapable urban invasion and its consequent manipulation. The environmental instance could follow from the theme of work, that is “the memory of thing”, described in the liner notes by Frederic Tentelier (who played three nocturnal compositions on the Fender Rhodes and composed by Bruno Duplant in the record Nocturnes (3 Ètudes) for Inexhaustible Editions (from Slovenia)); if recurrent and momentaneous memories connect the reality with the non-existent, likely the organic being and the artificial being, the continuous and the discrete (if we assume the human thinking could be expressed finitely), find a certain relationship through the time, whereas the nature – the potential reality – will assume a renewed given value every time.

The cited record by Duplant/Tentelier is a monotonal, ever-changing flowing, whereas the large rarefaction of trembling notes is distributed on a meditative, minimal sequence designed with an introspective, subconscious feeling.

Julien Heraud is an electronic artist from Nantes, characterized by a noisy poetry, and who collaborates several times with Duplant. Some words about Hidden Parasites (fernsrecordings, 2021), one of Julien Heraud’s previous records; this one moves into more ethereal and electronic territory. Here prevail an interesting dichotomy between a diversified synth sound along low frequencies and another electronic sound that is constant, and it dilates the physical consistency of wave on the almost-ultrasonic frequencies. If Broken Film and Legato communicate in an abstract sense, In Sending Signals has a more natural inclination with vocal samples, instead, Taversée has naturalistic elements in its sonic landscape. It seems opposed or similar characteristics encounter in an idiosyncratic, cold contrast.

Returning to the Duplant music, the following part will be a direct, essential interview with Bruno about a signifying part of his work.

Let’s begin from your last record, which is Nocturne Incertain (Dissipatio, Febraury 26, 2022). The first track is more comfortable for its jangling sonorities and with a noised and interfering soundscape. In the middle of the piece, momentaneous and distorted glitches are included, which take their place with a different form than the beginning. In the following part, the main xylophone-like riff re-takes life several times with dreamlike introspectiveness, and in a further way, there are more consonant synth lines (with the expected oblique form) which gave a more lyrical conclusion to the end, offering the sensation to enter into a comfortable and celestial sonic kernel. The sound of this part is more consonant but with an obscure, confusional touch which reflects, even more, the following half, and it offers an intelligent, imaginative and meditative purpose; the listening is a religious game between opposite components and these are intrinsic for the cited meanings; openness for reality (for the several more comfortable sounds) and the contemplation for the deep darkness (for the present harsh sonorities). But what is the proposed meaning in your intention which concerns this dualism?

First, the projetc began by the two electronic parts that Julien Heraud sent me. I expected truly abstract things that he did very well. Then listening to them, my subject was immediately directed towards this obvious light-dark duality which has been at work in many of my musical productions for some time now, using instrumental sounds, as well as electronic ones, all passed through an analog and/or digital recorder filter in order to reinforce these contrasts at the level of the sound strata. 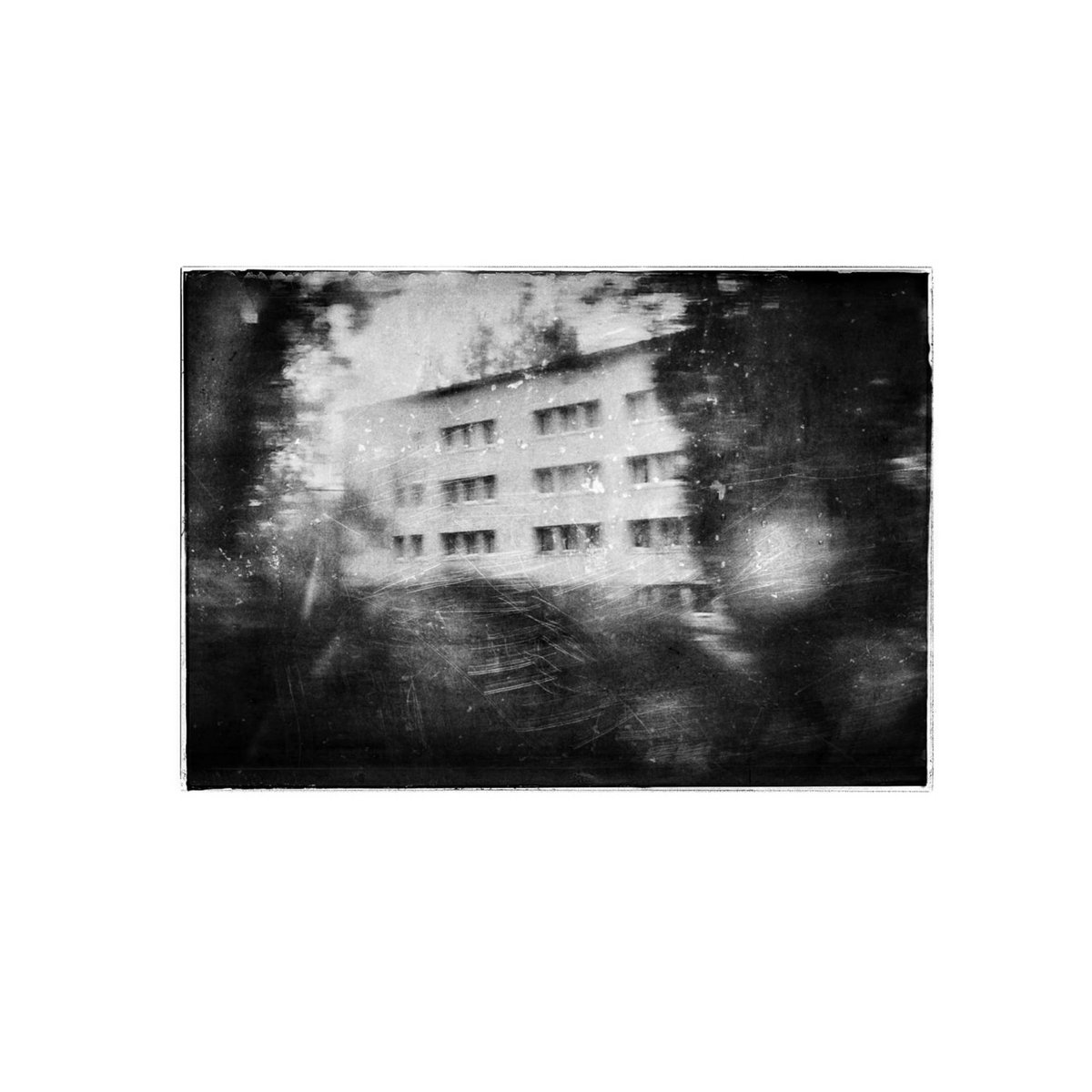 Then, the second half of Nocturne Incertain plays with chaotic development properly in avant-garde and suspended sense, even if moments or parts (these last in a more oblique form) of safe consonance don’t miss. The distorted and out-of-sync samples project the listener to a further dimension, musically like a bridge or a lysergic, holistic state of mind between the rounded form of the present and lyrical naturalism and sporadic and lo-fi apparitions. The main xylophone riff returns two times at the beginning and end of the suite, representing the trip along a flow of consciousness fading softly with a comfortable conclusion with any high synth notes. How did these sonorities and the theme of a sonic and imaginary itinerary happen?

The theme was born from an improvisation and the sound quality appeared by the juxtaposition of sounds of different quality, sometimes very lo-fi. I like in all my sound works to mix sound layers with very different sonorities, without apparent link, in order to build a fiction sometimes more real, more expressive than reality itself.

Your other previous collaboration, which is called D’eux (Grisaille, 2021), is signed by drone sounds and field recordings, where both tracks which form the work are a spectral trip into the obscure side of day-to-day living. If Vitré Brillant is more theatrical and elegant in its little movements with piano and monotonal synth lines, La Saleté Pas Le Cuivre is more oscillating and fugal, simulating a recurring and normal experience in a train (evoked by the sound of bubbling and the rotatory pattern of drum machine), converging in this way from a human character to an extra-terrain idea with synth dark ethereal sonorities. So, how did the passage between D’eux and the obscurity of Nocturne Incertain happen?

The idea, the original purpose was not at all the same. The only commonality is Julien’s raw analog synthesizer sounds.

The idea this time was to work with other sound materials, on the one hand texts through the use of voice and on the other hand the use of unnatural field recordings. The piano coming to emphasize, reinforce, the effect produced by the sequence, the juxtaposition of these different sound strata.

Talking about another work, Paysages Sans Âge III (Sublime Retreat, 2021) has a more cinematographic impact, with a vibrating velvet consistency for its constant lines which vary on a little scale. With Paysage n°5 (Première Partie) the melody encompasses us to elegant, straight and neat territories, with its more familiar and austere monotone melody, coming from and into the chaoticity of infinity, similarly to the trend of an iconic hyperbole. Paysage n°5 (Seconde Partie) follows the development of the previous track with continuous deformation, and with an unexpected synthetic, alien touch which makes this track diversified with broadly more baroque creativity. The last track, Paysage n°6, has a magnificent and more massive structure, whereas dominate a constant periodicity and recurring inclinations to dissonances. In this case, the geometry of sound is more Euclidean than in previous pieces, with wavering and occasional deformations. So, how did the constant sound of Paysages Sans Âge III and its subconscious geometries happen?

In the same way as for all my electroacoustic pieces and compositions, as I formulated it above, using very different layers of sounds having no relationship between them. What interests me is not where a sound comes from, where all sounds come from, but rather what you get by mixing them. Editing, mixing and mastering thus play a fundamental role, at the same level as composition, moreover for me it is a whole.