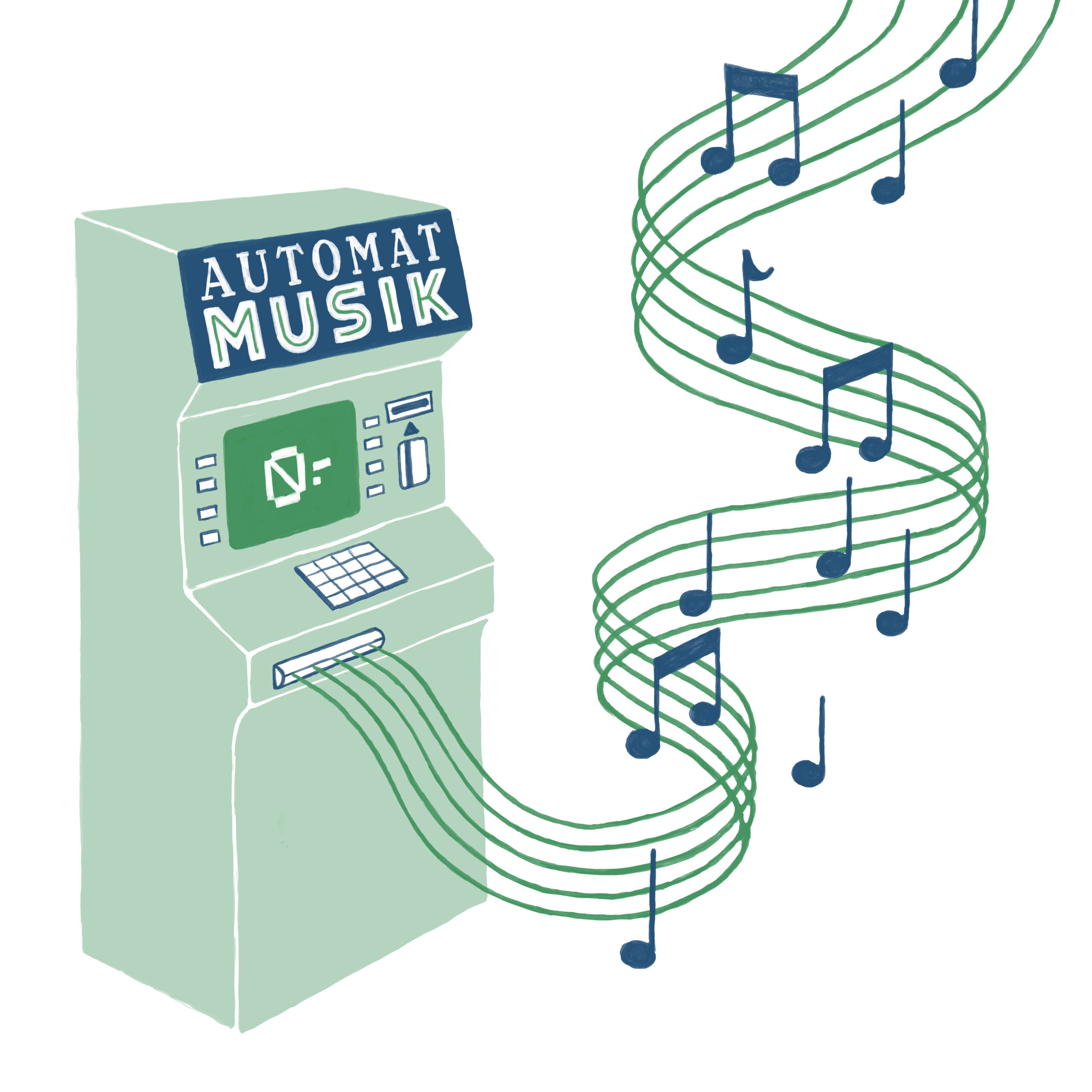 Once again the Stiletti-Ana music (Ilari Larjosto nom-de-plume, from Helsinki) reaches its goal with cosmic and regular beats. After the dub/techno obscurity of Ab OVO (2019) and the house psychedelia with I’m Arpeggiator (2021) (both records were released by Höga Nord Rekords, a Sweden label), Stiletti-Ana broke in this year (09/19/2022) with the paradigm of periodicity with Automat Musik (Haista, from Finland), an hommage to kosmische musik, figured by Tangerine Dream and the Klaus Schulze first period. The essence of the record lies in smooth shapes, lightly diversified and harmonic, developed with two synth models, an Arp2600 and a Rhodes Chroma, but especially with the spontaneity and alcoholic and less meditative moments. Automat Musik is a work that wants to be appreciated for its simplicity, evoked as evasion from the musical instance meant as a creative process, like cuts on a monochromatic canvas by Lucio Fontana.

Following the interview with Stiletti-Ana about Automat Musik.

Ilari, can you talk about the creative process of Automat Musik and its new elements which enriched your current musical poetry? Previous works are centered on the rhythm and a dancefloor-like dynamicity, with the most proper contribution, which was less digital too; how did this progress happen?

I don’t think that the record has any new elements, as my music has always heavily relied on analog synths. The main difference is that this time I did much simpler music that was more fun and less work for me. I was kind of frustrated with doing big maxed out and very produced music, as most of the time I maybe would have worked on details that no one else except me would notice. So yeah Automat musik is simpler and less produced than my previous works. The process was very fun, I bought this new sequencer that would generate patterns based on note values and create endess variations of those. As soon as I did get something nice out of the sequencer I pressed record.

In this album the main character is the automatic character of the compositions, which in a proper way it is a missed property in Klaus Schulze historical productions, that are the principal inspiration for Automatik Musik; But I see in these tracks a periodic, essential character which is the relevant added value in your poetry. In addition, I note a minimalistic attitude generally nearer the electronic music genre like techno or most recent ambient production, as we said more oscillating flow with an intelligent and consciously involving tone. Anyway can I ask you how the influence by Klaus Schulze and the relative relations happen?

I have always been fascinated by the Berlin school of music and I think Klaus Schulze made really amazing sequences in his music. What I always loved the most in his music were the repetitive patterns that would keep going for 20-30 minutes in the background and then he’d maybe play a solo or chords on top of that. So I kinda wanted to strip the solos and chords away and just keep the background patterns.

100 Beats Trance is divided in more plans, where the jangling music flows with different extensions; it’s like the sonic description of terrean and celestial moti, with their rarefaction or intensification based on their order of scale. At the end a different note of those periodic patterns disrupts the relative cosmic atmosphere, making the listener realize its more physical appartenence. How did the associated periodicity and diversification happen in this track?

[Here] this modulation going on all the time. So the sequencer I was talking about earlier also has the ability to transpose the patterns so I just was constantly transposing the pattern between two notes and that is how the song happened. It’s just a very simple pattern played over different synths.

Automatic Jazz and Slide To Automatic benefit the same, beatened and balanced rhythmic part, almost with the same velocity, in which two similar musical figures appear like an outlier; if an expected way a modal inclination pops in the flowing of the first track, the second one is characterized by contrasting voices in the synthetical timbres, expressing diversified and broadly baroque creativity. Can you talk about if there’s any associations between these mentioned tracks?

The most common thing in the tracks is that they share the same kind of polyrhythmic patterns. I had different time signatures going on in the drum and synthesizer patterns, which creates the hypnotic feeling when you stop following what is going on and just listen to the polyrhythmic flow. 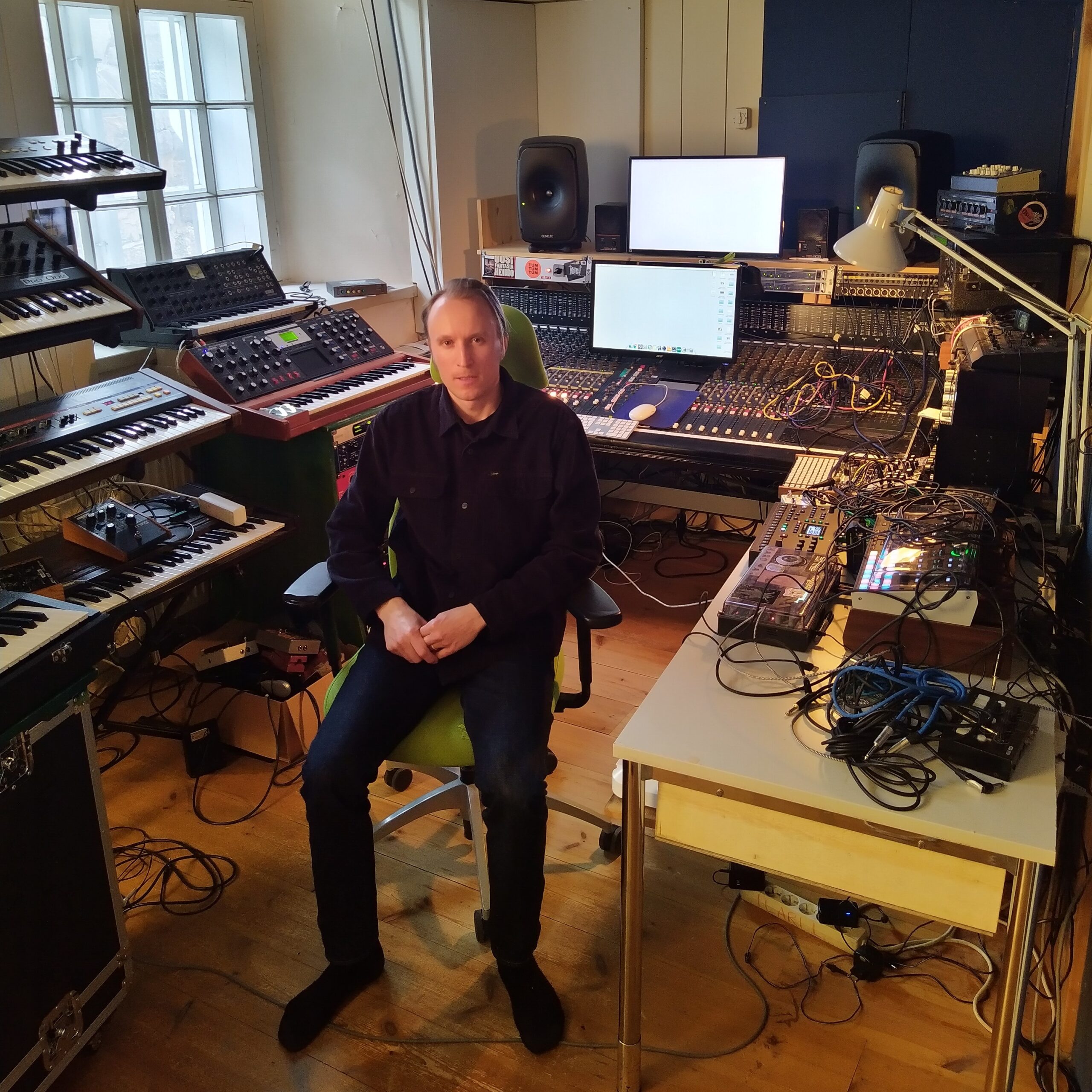 A certain sonic regular slowness was compactized in 2600 Beers. Along this cosmic route the synth sounds assume a sharper timber and a higher level of musical entropy, oscillating around a balanced status. How was this track born and the relationship with the rest?

This track was born in the studio in the same way as probably all of my music. I never have anything in my mind when I go to the studio. I just turn the machines on and see what comes out and if I like it I record it. At this point when I was making 2600 beers I already had the Automat Musik concept in my mind so I switched on the sequencer and dialed in some notes and connected it to my Arp 2600. I had some beers during the night and this track was the outcome of the jam. I guess it’s quite obvious where the song title came too.

Talking about the element of periodicity again, Generator Swing has recurring melodic patterns which flow in a centrifugal way, and each time several momentaneous epiphanies are drawn in the second half of the track. How does this regularity happen and its diversification?

It’s the transposing trick again, a very simple way to create diversification in simple monotonous music. You transpose from a chord to another chord. It’s really almost too simple.

The last track, Auto Beats, navigates in more dynamical movements in a nocturnal and distended environment. Bittersweet melodic lines give a fatalist sense of end to the listening of the album, with a nervous up-and-down of shape of the associated wavefront, which gives more dynamism like a telling a story throughout the obscure space. So, there is the archetypical concept of epiphany again; how do the related feelings happen in this conclusive part?

I like dramatic synthesizer patterns and I think they are even more cool when they come and go. So I just set the controls to minor notes and slide the patterns in and out with some synthesizers and beefed up the drama with some simple chords. So the mood of the track was made on purpose and the track seemed to fit to the end of the record.