Hearing the inner being; an interview with Marc Perin
di Giovanni Panetta
Interview with the fingerstyle guitarist Marc Perin (South Tyrol, Austria), about his last work Grow (2022) and other elements of his sweet and sour musical poetics. 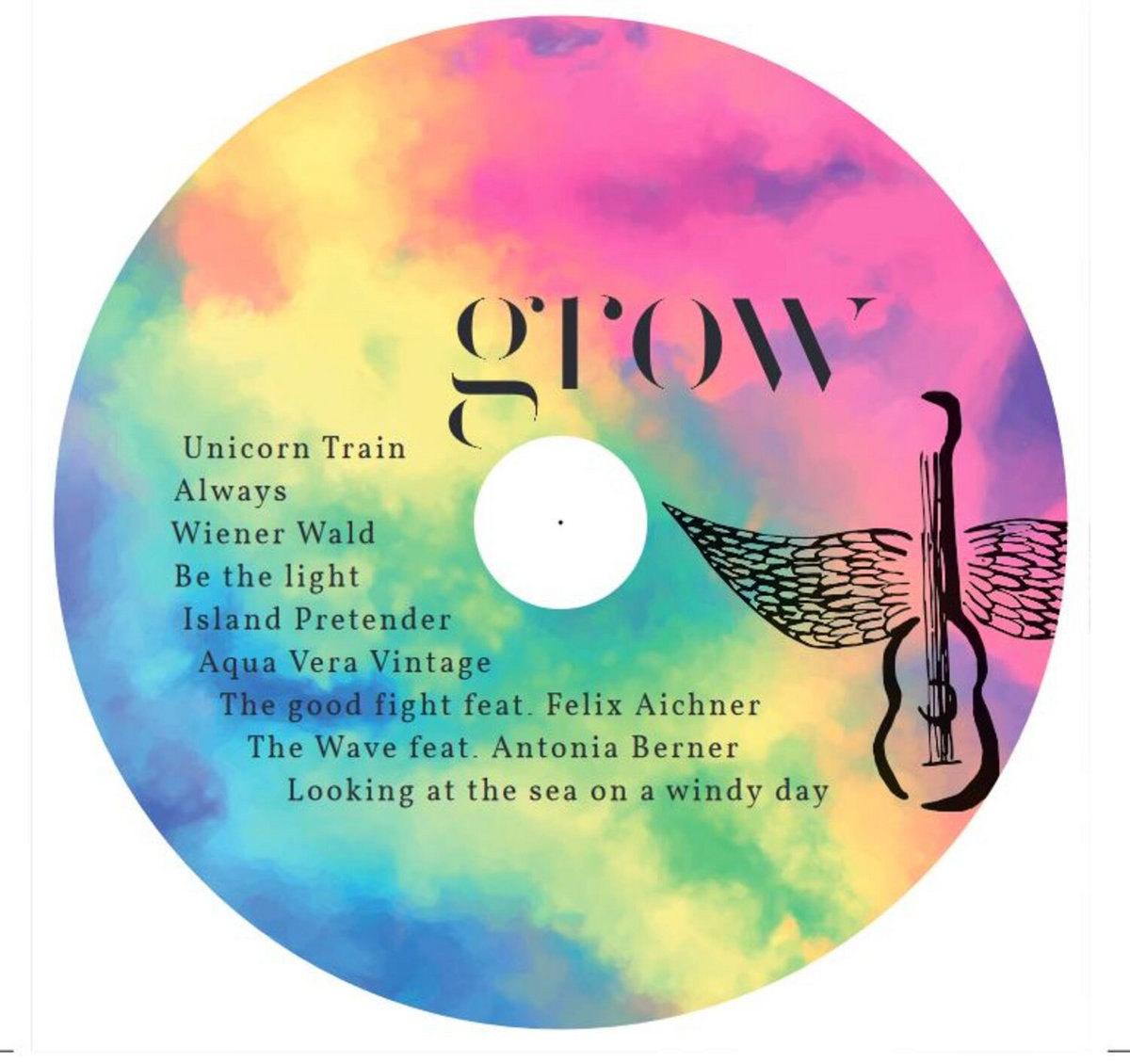 Marc Perin is an author and fingerstyle guitarist which has lived between Austria, most precisely to Innsbruck, and South Tyrol. The Marc Perin style, permeated by a intelligent, classic and expressive creativity, has been dominant in his discography, until to Grow, which is a concept album from evokative, sweet and sour sonorities, in which each track is inspired by an immaginary or real main character central in the author’s life.

Grow, published in 1 April 2022 with the Autonome Province of South Tyrol contribution, was recorded between Innsbruck and Val Laurina (BZ), and its mastering happened to Studio8record (San Giovanni, Val Laurina) by Kurt Oberhollenzer (a musician, producer and sound engineer from Germany).

Following the interview with Marc about Grow and other topics about his poetics. 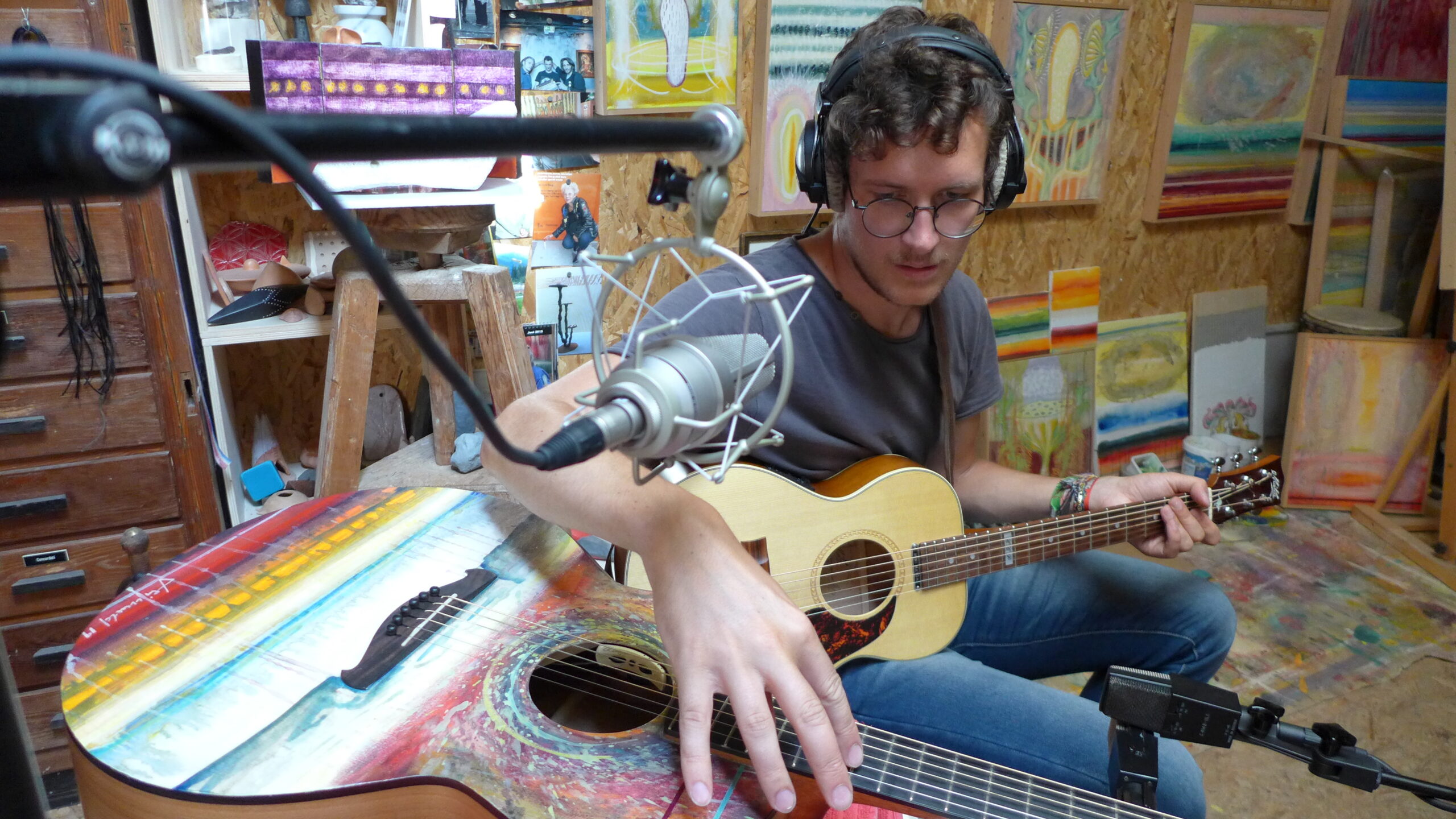 Let’s begin to talk about Grow, your new album. How did its concept about growth happen and develop? Can you talk about the period, places and context where the record went alive?

Hello and thanks for the interview. Yes, I had the chance to work for the free Waldorfschool of Innsbruck as a teacher of the German and English language. In this time of my life I had a lot of issues coming up internally, of the past and I was beginning to reflect on my life and the people at the Waldorfschool took me as I was. They gave me a safe environment and some of them talked a lot with me, also about spiritual things. Up to that point I had played a lot live, I began with 13 years of age to play live. Back then I was inspired by the duo “Rodrigo y Gabriela”. Their music inspires me to this day. In Innsbruck, where I studied, I had the chance to meet some nice people and two of them became real friends and with them I played a lot. They also influenced my view on music. They challenged my perspective on what success means and that it is not only playing infront of a lot of people and getting a lot of attention. This thoughts began to change me as a person. I think up to that point I was superficial when it came to what happens when a human being plays a musical instrument. Tommy Emmanuel, my favourite guitarist says “If a person plays the guitar, you hear his most inner being”. And when I had the courage to listen to me playing I did not hear things I wanted to hear. I heard somebody who was forcing himself to be someone else, to be “good enough”, to get the attention of people. And that hurt me. So a slow change began. And at school I had conversations with teachers and students and began writing songs either for them or together with them. Each song of the album has a story connected with a person of this context and I am very happy and grateful for that.

In Grow there’s vitality in its several movements, in which prevails sweet harmonies with some dissonant inclinations. Unicorn Train shows a relevant shineness in its harmonies and riffs, instead Always appears more rarefied, permeated by an imaginative sadness. Another time, Wiener Wald is blue in its evoked landscape, but with many tonal, polychromed tonalities. Dynamism is the main element in Be The Light, with an expressionist and vital flow along the track and its guitar lines. Island Pretender, originally a piece of one of your previous projects, is theatrical and angular in its gestures, where a break suspends the listening in a emotionally involving way (it’s possible to hear a poliphony like delay or harmonics; do you use any effects or everything is natural (except the amplification obviously)?). Anyway, your style is consonant but interesting in its several modal movements, which instills a sentiment of intelligent safeness. How do you elaborate the relation between tonal/atonal harmonies in pop/rock music, which you could tap from for your works?

Oh, so nice words. Thank you so much. I don’t use any effects, everything is natural. Only very rarely live I use a wah-pedal. I learned from Tommy Emmanuel that listening to music is very important. And that arrangements should be interesting. I try to have a present ear and to notice when I hear something interesting. And then I try to work it out, or to learn how to do it. And I like interesting rhythms and how they work. For example how Flea and John Frusciante of the Red Hot Chilli Peppers play together is awesome. And for example an italian band called Rebel Rootz, what they do musically is just awesome. They are a reagge band and they play together in a way which makes me listen and get ecxited. 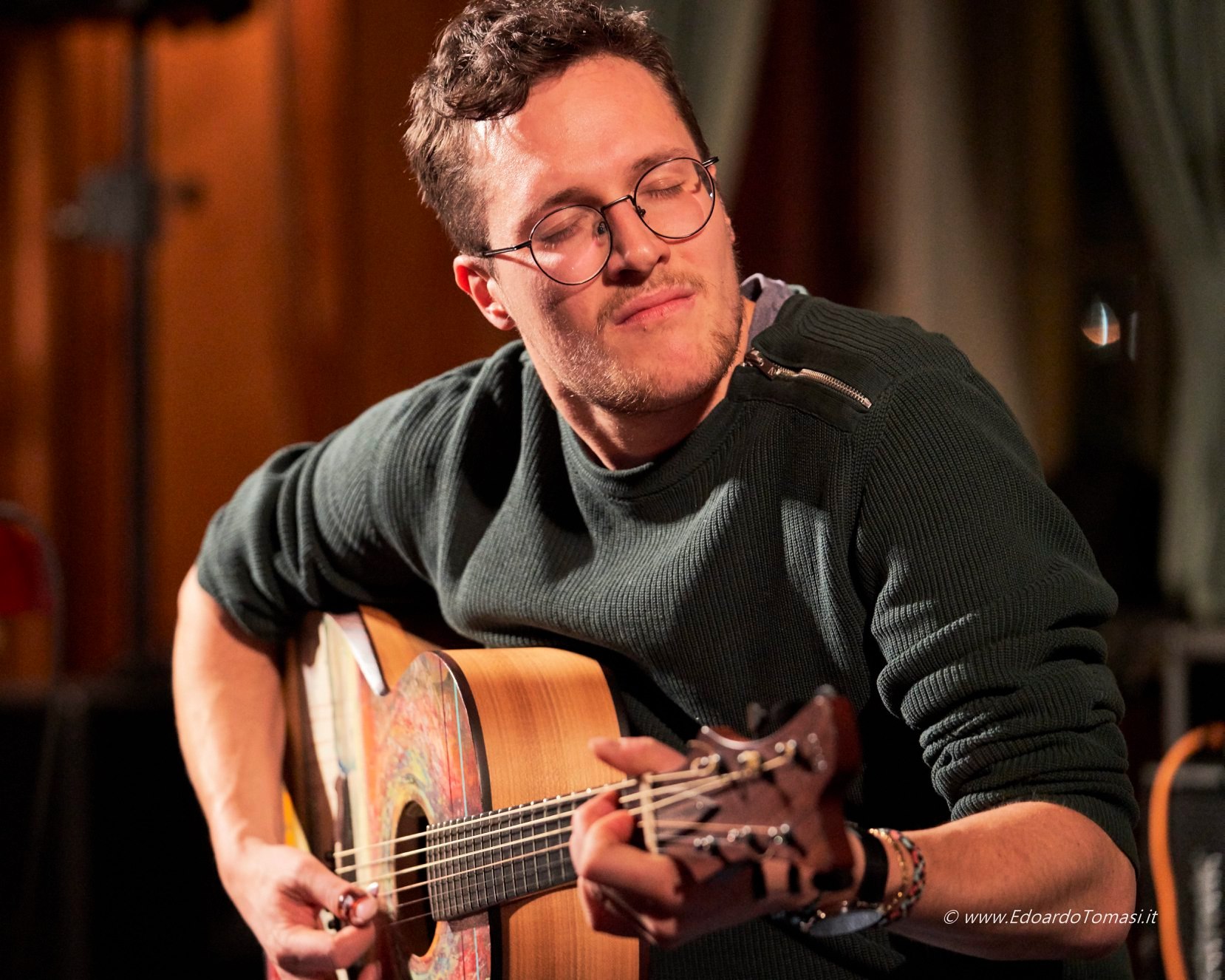 Talking about the other pieces, Acqua Vera Vintage is suspended with a sweet and sour attitude; the final track Looking At The Sea On A Windy Day is more reflective and rarefied in its melodic up & down and stop & go. The Good Fight and The Wave are collaborative works with your students, whereas the contribution of an accordion (the first mentioned) or a harp (the second) give its accompaniment in an animated or ordered and majestic sense. But can you talk about how your creativity applied in these several and, in a certain way, baroque rhythmic patterns happen in your tracks? And how was the idea to involve your students born?

I think that I kind of listened to what the students where practicing at that period. The harp player, Toni, was practicing classical music and I think that is how the song “The Wave” evolved. We wrote it together and it was very cool to work with her, she is a girl of 16 years of age and she has a lot of good ideas. The idea to involve my students was born of the feeling I had when playing music with them. It let me feel so good and also the students did. So this young spirit was again evoked in me and I just wanted to write songs and melodies with them. Children and young people really inspire me when they play, because they usually don’t play to get something out of it, money or fame or something. They play because they like to play, that’s it. And I think that is where I want to be, so I let myself get inspired by that.

The previous releases – the EP Seen This Before and the album Life Metronome – moved in pop territories much more, but whatever with the same vital and tonal energy of Grow. Indeed, the previous melodies and sounds are more meditated, with an orthodox craftsmanship, even if the style is similar from the point of view of harmonies. Do you believe there is the mentioned change or evolution in your poetry? What could be the causes?

Well, I don’t know, really. But I think that being at the Waldorfschool gave me the courage to be more of my self. And not to have to adhere to schemes I know. So maybe that changed. Not caring too much about what people think about me. The causes where the people of the Waldorfschool and also my girlfriend and friends, who encouraged me too go deeper.

At the end, what will be the next news about live or web activities? What do we have to expect from your next work?

Oh in summer I can play several concerts and travel to places, all of which will be on my website and facebook and instagram. I am thinking about a next album and I am working on songs, and I would like to sing more harmonies on the songs.